A method of early Alzheimer's Disease detection currently being developed offers a proactive approach to this form of dementia.

Alzheimer's Disease (AD), like many other forms of dementia, is undoubtedly one of the most debilitating illnesses that can occur: it slowly and progressively robs people of their memory, one of their most precious possessions.

Another frustrating aspect of this disease centers around detecting its presence because, at present, there is no singular way of finding it. Doctors usually encourage their patients to undergo a brain imaging test such as computed tomography (CT) or magnetic resonance imaging (MRI), and even then the purpose becomes narrowing down the possibilities among other forms of dementia.

Researchers at Washington University School of Medicine in St. Louis are developing a detection method which hopes to change this narrative. Best of all, since it involves an eye exam, it is far less invasive than some of the other methods which are used. The procedure which involves examining of retinas is called optical coherence tomography angiography.

A total of 30 participants, with an average age of 74.5 took part in the study. Researchers found that microvascular alterations resulted in a larger foveal avascular zone, a sign of preclinical AD. The region of the eye is also examined for signs of sickle cell anemia or even diabetes.

Rajendra S. Apte, MD, PhD, the Paul A. Cibis Distinguished Professor of Ophthalmology and Visual Sciences and co-principle investigator in the study, elaborated on the findings: “In the patients with elevated levels of amyloid or tau, we detected significant thinning in the center of the retina."

"All of us have a small area devoid of blood vessels in the center of our retinas that is responsible for our most precise vision. We found that this zone lacking blood vessels was significantly enlarged in people with preclinical Alzheimer’s disease," he added.

A Race Against Time in Diagnosing AD

Early detection makes a big difference with AD as by the time it is detected, AD patients could already be suffering from memory loss or decline in cognitive function. In the United States alone, it is estimated that 5.4 million people suffer from the disease in some stage. Biomarker testing offers a simple and seemingly effective way of detecting asymptomatic, preclinical AD. 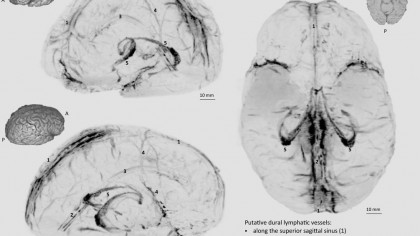 Bliss E. O’Bryhim, MD, PhD, and resident physician in the University's Department of Ophthalmology & Visual Sciences, spoke about how the technology could have a truly transformative impact:

"This technique has great potential to become a screening tool that helps decide who should undergo more expensive and invasive testing for Alzheimer’s disease prior to the appearance of clinical symptoms."

"Our hope is to use this technique to understand who is accumulating abnormal proteins in the brain that may lead them to develop Alzheimer’s," she added.

Details about the study can be found in a paper, titled "Association of Preclinical Alzheimer's Disease With Optical Coherence Tomographic Angiography Findings", which was published in the JAMA Opthalmology journal on August 23rd.

Via: Washington University School of Medicine in St. Louis

Why Are Humans So Diseased? Scientists May Have the Answer

SolarWinds Hack Attack May Have Begun With a Weak Password