Amazon CEO Jeff Bezos got to pilot a giant robot, and he understandably got really, really excited about it.

I just got to pilot an awesome (and huge) robot thanks to Hankook Mirae Technology. Nice! #MARS2017 pic.twitter.com/MvN6ghEYFi

In a video from the crowd, Bezos poses the arms in several epic moments before asking "Why do I feel so much like Sigourney Weaver?" The system certainly looks a lot like the Amplified Mobility Platform suit Weaver used in James Cameron's Avatar.

So how does the fifth richest man in the world get behind the joysticks of this robot? The moment came as part of the MARS conference - an exclusive conference hosted by Amazon. It's dedicated to Machine learning, home Automation, Robotics and Space exploration (hence the name MARS).

The robot in question is the highly-debated Method-2. South Korean company Hankook Mirae developed Method-2. The Method-1 robot went viral last December. The reason it looks like it stepped out of a science-fiction film is simple. One of its developers, Vitaly Bulgarov, is a concept artist with movies like Ghost in the Shell and Transformers 4: Age of Extinction.

"According to Bulgarov's Facebook page, the videos were taken in South Korea at a company called Korea Future Technology. Almost all references to this company online appear to be associated with Bulgarov's posts and the subsequent news pieces on the robot. Bulgarov said the company has been operating for several years."

The website also said that Bulgarov refused to share the names of the engineers working on the project. While Live Science voiced concerns, Popular Mechanics did not. They even wrote an article with the headline "Sci-Fi Korean Robot is Actually Very Real," seemingly in direct response to any doubters. 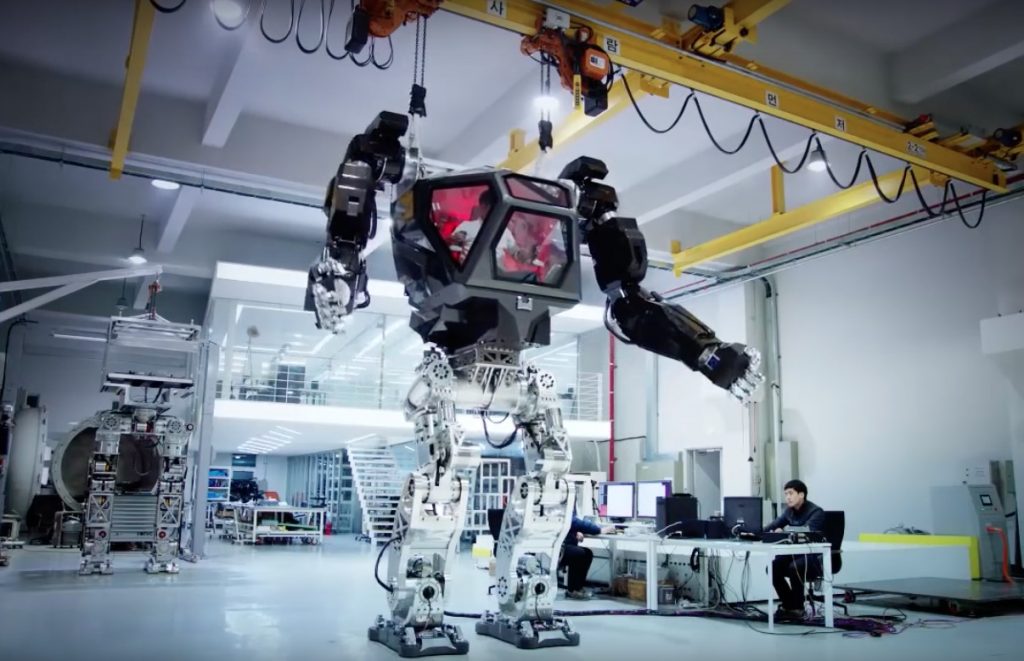 However, we'd say putting a high-profile name like Jeff Bezos in the suit itself boosts the project's credibility considerably. That's not to say the robot isn't without its limitations. The mobility in the arms is great, but most promotional events show the robot needs additional support to stay upright. Any potential flaws didn't stop Bezos from hopping into the control pit and enjoying every second of his time.

This isn't the first time we've seen giant robots in reality. MegaBots, a group based out of the United States, challenged Japanese engineers to a mega-bot battle. Granted, that battle has yet to happen. In the meantime, MegaBots continues to create robots 15 feet tall that can be internally piloted similar to the Method line. Between the Method, Mark II and Japan's Kurata robot, giant robots are certainly a trend toward the future.