Founder and CEO of Amazon Jeff Bezos has surmounted Bill Gates' wealth and is now hailed as the richest person on earth. The world's largest internet-based shopping retailer, Amazon.com Inc., experienced a surge in its shares today ahead of the online retailer's earnings report putting its CEO at the top of the wealth ranking table. 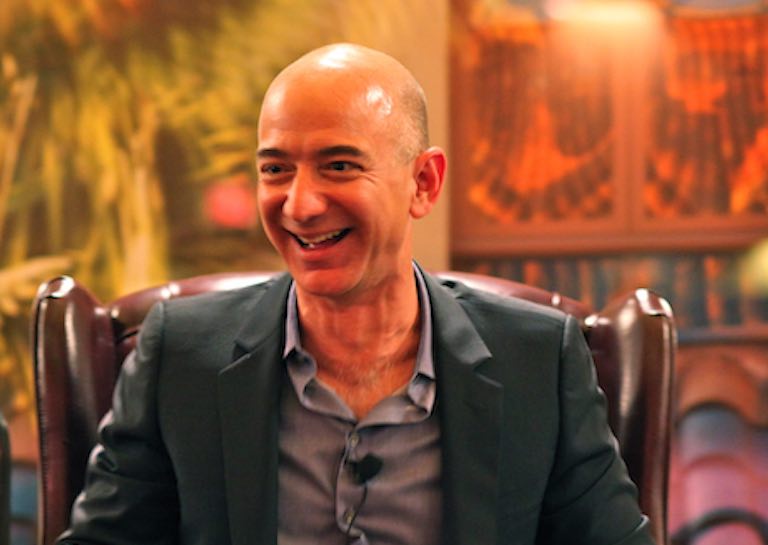 Bezos' current net worth is valued at $90.6 billion, which catapulted his wealth rank past the Microsoft co-founder Bill Gates. Just a couple of weeks after the Amazon Prime Day online sales bonanza, the Internet-based shopping retailer experienced a surge in its shares when the market opened today. Amazon's shares grew to 1.6% equating to a total of $1.4 billion on Jeff Bezos' pocket. The Amazon CEO is now the seventh person to be given the title of richest person in the world. At the beginning of 2017, Bezos positioned fourth in the wealth rankings and has since overtaken Gates, Berkshire Hathaway CEO Warren Buffet, and Inditex SA founder Amancio Ortega.

How Jeff Bezos rose to become the world's richest person

Bezos' initial presence in the wealth rankings dates back in 1998 when his online retail business went public with a total fortune of $1.6 billion. But how exactly did he even become a billionaire in the first place? Amazon started off as a humble garage-based internet merchant of books in 1994. By regularly expanding his business plans, Jeff Bezos has managed to mold Amazon into a multi-billion online retailer of a wide variety of products including video and audio streaming. On top of its online retail business, Amazon.com is also one of the largest providers of cloud infrastructure services operating under the name of Amazon Web Services. Although Amazon experiences fierce competition from Microsoft and Google, it remains to be the leader in the cloud-computing industry.

If those business ventures weren't enough, Jeff Bezos has also founded a human spaceflight startup company called Blue Origin. The entrepreneur and business magnate consolidate all his investment ventures in the Bezos Expeditions where he partly funds various notable businesses such as Airbnb, Google, Twitter, Uber, and more. With the accumulation of his multi-billion fortune, Jeff Bezos also generously donate to charities and non-profit beneficiaries through the Bezos Expeditions.

In a recent tweet, Jeff Bezos expressed his desire to help people who are in need that would make a "lasting impact". Although he is more of a long-term advocate when it comes to planning, the entrepreneur is looking for different ways on how he can improve those who are in need urgently. It's an open invite to suggest ways on how he can act now to contribute to the development of our society and civilization.