Amazon's latest filed patent shows us how they plan to deliver parcels and goods within a timely manner using unmanned aerial vehicles or drones. It may not seem like a new idea as the online merchant company has already done this method of delivery before through their Prime Air service. But it is interesting how Amazon's latest intermodal vehicles patent is geared up to even operate in other planets. 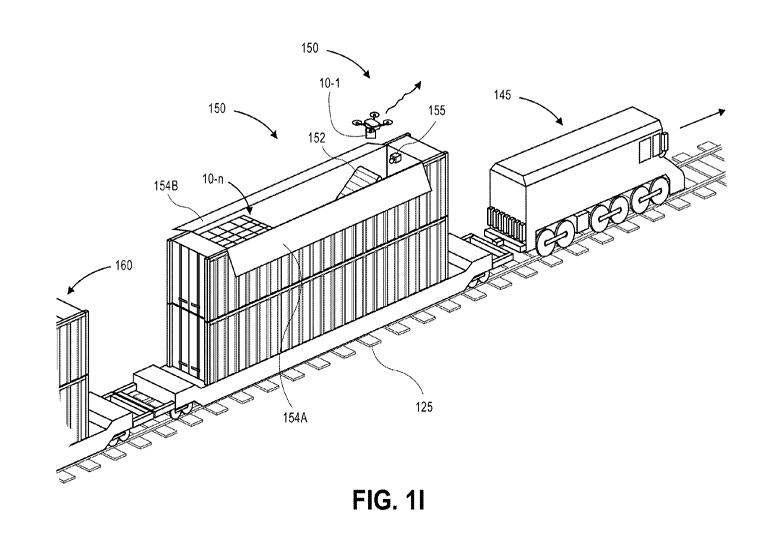 Amazon's intermodal vehicles is set to conquer the world

Amazon's drone delivery service has successfully debuted last year as it delivered a product only 13 minutes after it was ordered. As part of the Prime Air delivery service, using unmanned aerial vehicles or drones to deliver customers their parcels in the span of 30 minutes after ordering sounds like the ultimate method to meet the steep online shopping demand. However, in reality, would take a far larger delivery system to achieve this feat.

On the very first day of August this year, Amazon filed a patent design to the US Patent and Trademark Office (USPTO) for a "ground-based mobile maintenance facilities for unmanned aerial vehicles". Amazon refers to their patent as intermodal vehicles. This fleet of vehicles will essentially be the main focal point where all the Amazon drones will congregate after fulfilling their delivery missions. The intermodal vehicles will be loadable with items or parcels and a drone, which will then be deployed to the required delivery area.

From the patent filed by Amazon, the intermodal vehicles are designed to be outfitted on other modes of transportation such as trains, seagoing vessels etc. 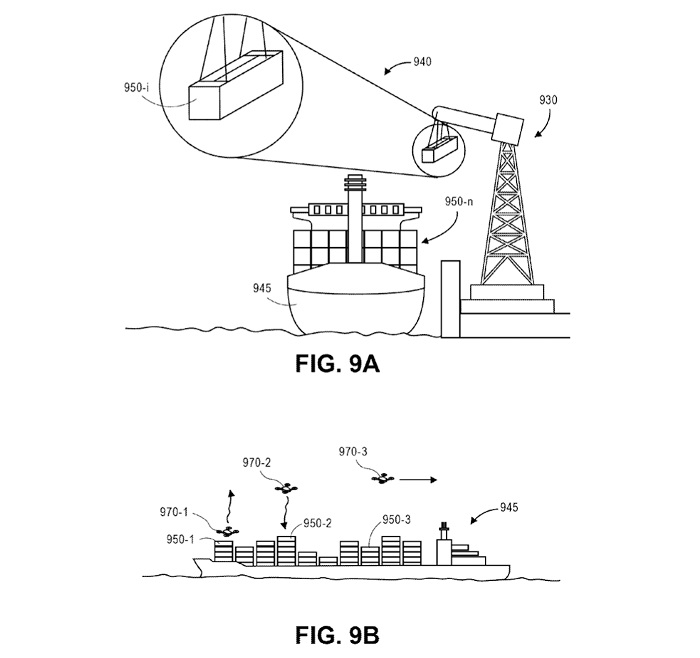 Apart from parcels, drones, and assistive machinery to load the goods onto the drones, the intermodal vehicles will also contain maintenance tools, inspection equipment, and replacement parts. If the filed patent is progressed onto the next stage, Amazon will potentially become the most efficient delivery network available on Earth. But the e-commerce company is not limiting themselves within Earth. We know how Jeff Bezos is an ardent advocate of conquering space and being able to deliver parcels to other planets may be the next project he is working on.

Amazon's patent is intended to operate on other planets too

To ensure their strong presence and influence within the e-commerce business, the company has also announced the Amazon Hub service. With the Prime Air, the intermodal vehicles, and the Hub, it looks like Amazon is gearing itself up to take on the steep online marketing demand the future may hold. And as an American-based company, Amazon is not just limiting the reach of their patent design to the US market. According to the patent, the intermodal vehicles will also be integrated with any other modes of transportation available throughout the world. If that's not enough, Amazon's intermodal vehicles patent is also intended to operate on other planets!

However, as many technical businesses would know, not all patents filed in the USPTO reaches the applicational stage. So, at this point in the game, only time will tell if Amazon would actually pursue this intermodal vehicles patent to the next out of this world level.