At Amazon's new grocery store, you never have to wait in line to check out. Surveillance equipment watches what you pick up and charges your card accordingly.

Tech giants are currently in an escalating arms race to see who can create the ultimate life of luxury and convenience for their customers. At the forefront of the new age of technology-assisted living are Amazon and Google, who have created home assistants that can do virtually anything for you with voice commands -- activate lights in any room, turn on music anywhere in your home, order pizza for delivery, even turn on your electric robot maid.

But Amazon has been working on improving another lifestyle touchstone for over a year, and it's finally ready for release: Amazon Go, the checkout-free grocery store. When you want to do your daily shopping, you enter the store with a smartphone app, get what you want, and leave. No checkout line, no item scanning, no credit card swiping.

The fully automatic process is driven by thousands of tiny infrared cameras placed all around the store, watching your every move. Data from the cameras is pushed through an algorithm that determines whether you're taking the item out of the store or just taking a quick look at it.

The algorithm is hyper-sophisticated and, according to Amazon, only makes stocking mistakes and will never charge you the wrong amount. When you leave, the entire bill is charged to the card associated with your Amazon account.

The idea of an entirely autonomous grocery store settles somewhere between utopian and dystopian. On one hand, the sheer convenience of the model is extremely attractive to people who don't have a lot of time and people who don't like crowds. And the idea of it is also very attractive to those who own large grocery stores because the ever-watching AI makes shoplifting a distant memory.

But there is something profoundly unsettling about being watched from every direction at all times, and being constantly analyzed, even if that data is never going to an actual person. It exemplifies anxieties about our culture that revolve around anti-social behavior, such as always having your face buried in your cell phone. As technology makes it less and less necessary to ever communicate with other humans, will we eventually turn into solitary creatures that avoid social engagement at all? 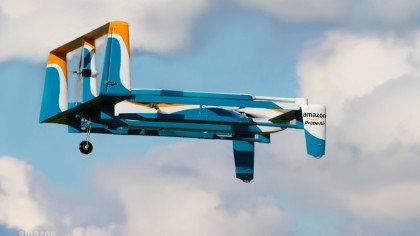 This is also a huge point of conversation about the future of automation, another topic that has been getting a lot of attention lately. While the AI teller is only seeking to automate grocery stores at the moment, there is no reason why this technology couldn't be used to service brick and mortar stores of any kind. This would lead to a catastrophic drop in employment across the entire globe -- tens of millions would have to find work elsewhere, a number that can't be supported by other industries that will be seeking to automate as well.

So are we careening towards a dystopia in which everything is automated, but only the very rich can afford to use such luxuries or a post-labor utopia that guarantees a level of comfort for everyone? It all depends on how we evolve politically and socially as more and more industries become automated.