Amazon recently became the second most valuable publicly listed company based out of the United States. This put it ahead of Alphabet -- Google's parent company -- for the first time ever.

Amazon's market capitalization sits at $768 billion. By comparison, Alphabet's dropped slightly to $760.9 billion at the time of this writing. The dip could be traced back to the recent Facebook scandal in which a third-party political consulting firm underhandedly obtained 50 million Facebook users' personal data, some experts say.

Even though Alphabet had a market stumble, Amazon has been relentless in its own right. The ever-expanding company didn't get to the top through just faster shipping and its online ubiquity. Financial analysts point to its expansion into the cloud computing and hosting markets as well as groceries and partnerships with other businesses.

This came on the heels of Forbes listing Amazon CEO Jeff Bezos as the wealthiest man in the world with a 12-digit salary of $112 billion. (Since the publication of that list, Bezos's network has climbed to a whopping $131.1 billion, making him $40 million richer than the second-wealthiest person in the world, Bill Gates.) 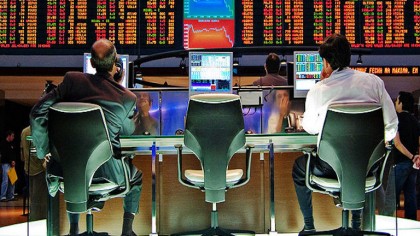 Within the last year, Amazon's stock rose 81 percent thanks to a combined effort from its Amazon Web Services leading the cloud computing market to faster shipping and more businesses moving to its platform.

“They’re using their cash flow to develop new businesses,” said Tim Ghriskey, chief investment strategist at Inverness Counsel in New York, in an interview with Reuters. “They could have Apple in their sights at some point.”

Neither business has yet to touch the U.S.'s most valuable company -- Apple -- which currently sits at a market capitalization of $869 billion at the time of this writing.

All three companies are racing to be the first to hit $1 trillion in market capitalization. Given the current growth rates, financial analysts anticipate that Amazon will be the first to reach the $1 trillion mark with Apple following in August of this year. However, that's assuming that growth rates don't drastically change in the near future, but anything is possible.

Success Comes at a Price

Amazon employees will be some of the first to point out the massive wage disparities between Bezos and his executive team and most Amazon workers. In September 2017, a Huffington Post investigation out of the United Kingdom reported that a considerable portion of the workforce in the Rugeley, England warehouse take home less than the minimum wage after paying a company "bus benefit."

While conditions aren't always that severe in other locations, former employees and current employees protected under anonymity have opened up about the taxing workload expected at every Amazon warehouse.

One anonymous Amazon employee told The Street that "Amazon sees its employees just as bodies and does not truly value the work they do."

In the United States, Amazon employees are paid a starting wage of $11 an hour with the opportunity to earn a 50-cent-per-hour raise every six months with opportunities to earn a monthly bonus depending on personal attendance and meeting productivity goals.

"A lot of times we exceed goals but our productivity rate is not high enough to get a full bonus which doesn't make sense," the worker said. "We meet and exceed our goals constantly and as a reward we get a 'congratulations' or 'swag bucks,' which is basically Monopoly money that we can use in the Swag Store [which sells Amazon merchandise]."

Amazon spokespeople quickly dismissed these issues and restated that the fulfillment centers offer great full-time jobs. However, it's becoming increasingly harder for residents of the United States to see the company on a trajectory of hitting $1 trillion market capitalization before the end of the year and not question the methods of getting that unprecedented success.

Amazon's New Home Robot Astro Just Launched. And It Could Be a Nightmare