Most of us probably haven't lost a limb, but there is new hope for those who have to regain a sense of feeling and touch . According to the press release from École Polytechnique Fédérale de Lausanne, an amputee was able to feel roughness and smoothness in real time during a trial of a new fingertip array. Even more intriguing, the discrimination of texture is felt through the "fantom fingertips" of each patient,  giving them the sensation of having their limbs back. The texture is understood through a variety of electromechanical sensors embed in a silicone which then stimulate the nerves in the patient. Check out the video from EPFL below where the device is demonstrated in further detail.

Surprisingly, the technology even works in non-amputees using fine needles hooked up to the subjects nerves who were able to distinguish texture nearly 77% of the time. In amputee patients, minor surgery is needed to implant electrodes connecting to the remaining nerves from the lost limb. Dennis Aabo Sørensen was the first amputee in the entire world to experience this sensation after having the device hooked up to his arm, where he had lost his hand. In a previous study, Sørensen was able to feel shape and softness through the same sensors utilized in this testing.

"When the scientists stimulate my nerves, I could feel the vibration and sense of touch in my phantom index finger," said Sørensen.

After in-depth monitoring of the patients' brain waves when they were subjected to the stimulation, it was determined that the brain interprets the sensation exactly as if the actual limb was present. 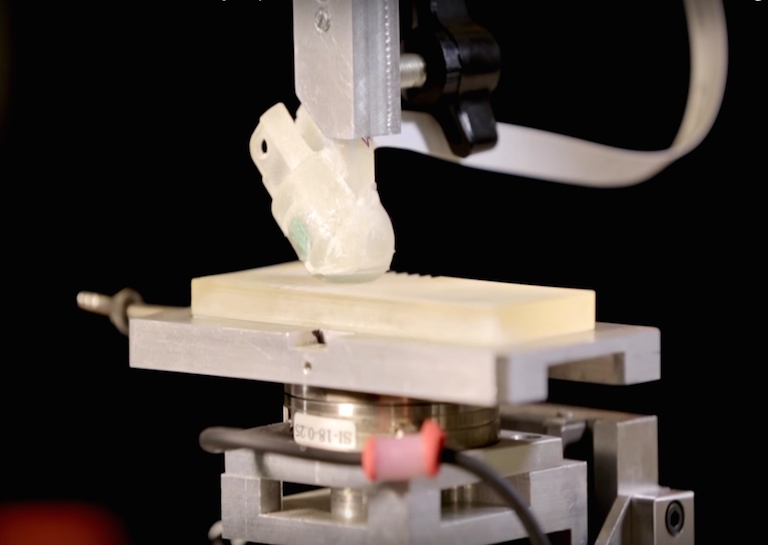 This device is still primitive in nature but its implementation will begin to allow amputees to experience the sensation of having their lost limb back. As successful stimulation of nerves was achieved through fairly rudimentary procedure, the door also opens wider into further implementation of feeling into bionic limbs.

"This study merges fundamental sciences and applied engineering: it provides additional evidence that research in neuroprosthetics can contribute to the neuroscience debate, specifically about the neuronal mechanisms of the human sense of touch," said Calogero Oddo of the BioRobotics Institute of SSSA.

Breakthroughs similar to this will be what shapes the future of bionics and sensory stimulation in robotics. Whether you have lost a limb or not, the ability to feel without actually being present may see applications in the medical field or even remote military exercises.

SEE ALSO: A look at the first ever mind-controlled bionic limb for amputees