The Netherlands-based supermarket Ekoplaza opened an aisle with more than 700 plastic-free products in an Amsterdam store.

A supermarket aisle completely free of plastic opened on Wednesday in Amsterdam in the Netherlands-based supermarket chain Ekoplaza.

Customers can choose from more than 700 plastic-free products in this aisle in the supermarket. The company plans to have plastic-free aisles at all of its 74 locations in the long-run.

It looks like plastic... But it isn't. It's much more! https://t.co/HPOyI1nhAH pic.twitter.com/rNLjVHPdCc

Global concern over plastic pollution has been rising and campaigners have been asking companies and governments to change their plastic policies.

Scientists say that plastic pollution is now so widespread it may lead to permanent contamination of the natural world.

“For decades shoppers have been sold the lie that we can’t live without plastic in food and drink,” Sian Sutherland, co-founder of A Plastic Planet, the group behind the campaign, said.

“A plastic-free aisle dispels all that. Finally, we can see a future where the public have a choice about whether to buy plastic or plastic-free. Right now we have no choice.”

Environmentally-friendly choice is not more expensive than plastic

Ekoplaza feels happy about offering an environmentally-friendly choice to its customers. “We know that our customers are sick to death of products laden in layer after layer of thick plastic packaging,” Ekoplaza chief executive Erik Does said.

“Plastic-free aisles are a really innovative way of testing the compostable biomaterials that offer a more environmentally friendly alternative to plastic packaging.”

The plastic-free items will not be any more expensive than those wrapped with plastic but they will still incorporate biodegradable materials at every opportunity.

“The aisle will serve as a testbed for innovative new compostable bio-materials as well as traditional materials such as glass, metal and cardboard,” according to anti-plastic campaigners.

The products will also be scalable and convenient. The aisle will include products such as meat, rice, sauces, dairy, chocolate, cereals, yogurt, snacks, fresh fruit and vegetables.

“There is absolutely no logic in wrapping something as fleeting as food in something as indestructible as plastic,” Sutherland said. “Plastic food and drink packaging remains useful for a matter of days yet remains a destructive presence on the Earth for centuries afterwards.”

Sutherland is of the opinion Ekoplaza’s first step into a plastic-free world should be copied by others.

“Europe’s biggest supermarkets must follow Ekoplaza’s lead and introduce a plastic-free aisle at the earliest opportunity to help turn off the plastic tap,” he said.

Sutherland said campaigners have been having talks with all the major UK supermarkets but, so far, none of them agreed to establish a plastic-free aisle. At the moment, the grocery store sector makes up for about 40 percent of all plastic packaging, activists say. 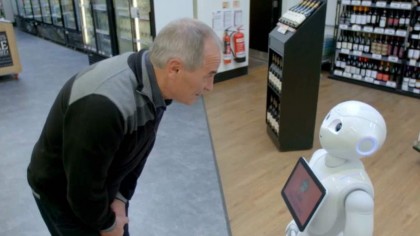 UK supermarkets are a major source of plastic waste, predicted to produce 1 million tonnes a year.

Campaigners in the UK have been asking all supermarkets to offer a plastic-free aisle in the past year. It is estimated that leading UK stores create more than 800,000 tonnes of plastic packaging waste every year.

However, Tesco, Sainsbury’s, Morrisons, Waitrose, Asda, and Lidl have so far refused to announce their plastic output, saying that the information was “commercially sensitive”.

The First Spacewalk of 2020 Has an All-Female Crew