iPhone's aren't indestructible. Nothing is.

But you usually don't think your brand new iPhone is going to catch fire. Unfortunately, that's what happened to Ohio's Josh Hillard. 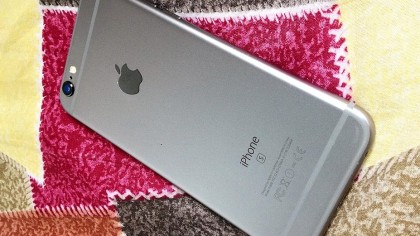 Hillard was just having a casual day at work on December 12, minding his own business. But suddenly, during his lunch break, an odd smell appeared. It was indeed coming from his pants pocket.

He realized something was burning his skin, which was quickly accompanied by green and yellow smoke.

It was his iPhone XS Max, a product he purchased just three weeks prior to the incident. Now, Hillard might pursue legal action against Apple because of its poor response.

“Once the phone was extinguished, I was left with a hole in my pants, fire extinguisher on my pants/shoes, and some pain/irritation in my buttocks region where the pocket of my pants was located," Hillard said in an iDrop News interview.

What In The World Happened?

He brought it to an Apple Store, where he said he had to answer 20 minutes worth of questions by an employee. Once they observed the phone for another 40 minutes, they packed it up and didn't update him as to what was happening.

Finally, someone came over to Hillard. But his phone was already put into a package and ready to be shipped out to Apple's engineering squad.

From there, they told him he could get a replacement device.

Instead, Hillard took his iPhone XS Max home. He got on the phone with Apple Care. A day later, someone at Apple Care finally gave him the offer of a new XS Max.

But he wanted more than that. He wanted to apply to pay for his burnt trousers, plus his cell phone service that he couldn't even use since he didn't have a working device.

“I was given no other option and was told that nothing could be done for me in store if they could not keep the damaged phone," Hillard said.

"I asked about my clothing and they told me that they could make no promises until the phone was captured. I left one hour before the store closed and unsatisfied with the customer service in store, I took back the damaged phone and returned home.”

iDrop News reports he is indeed strongly considering legal action for the incident. His doctor's notes might help his case, too.

Hillard said, “I went to the doctor that night to get X-rays and get a checkup from the heavy smoke inhalation and exposure irritation. And for documentation.”

According to Digital Trends, the incident has not been confirmed by Apple.

There have been multiple incidents of iPhones exploding or catching fire.