Anatomical Venuses were the 18th-Century's equivalent to Dr. Gunther von Hagens' modern exhibit, Body Worlds. While Body Worlds contains real bodies that have gone through a plastination process, the Venuses are more closely related to artistic works, since all the anatomical organs are recreated by hand and then carefully painted. 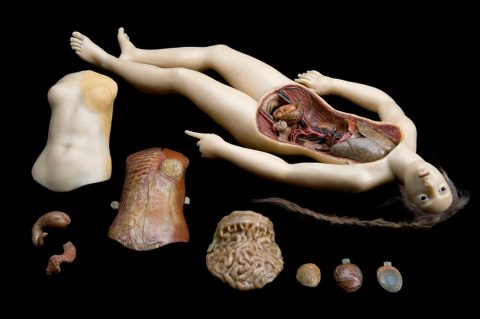 Dissection back then was considered extremely messy and dirty. It was highly undesirable to look at an unkempt corpse and so people didn't have many opportunities to view them. It was definitely seen as unfit for the masses to witness, especially so for women of the time. I think fear of seeing dead bodies persists even to this day since Gunther von Hagens generates very mixed reactions from the public. Facing one's mortality doesn't seem to be a favorable hobby in the modern age, either.

The Anatomical Venuses are life-sized anatomical models made of wax. They were modeled after idealized women and are extremely realistic in appearance. They are fitted with real hair and jewelry. They were exhibited widely in museums and various shows and are probably the most famous anatomical human figures in history.

The figures were made with body cavities full of realistic organs that were then covered with form-fitting wax covers. This was a very unusual but aesthetically pleasing way of creating scientific figures. 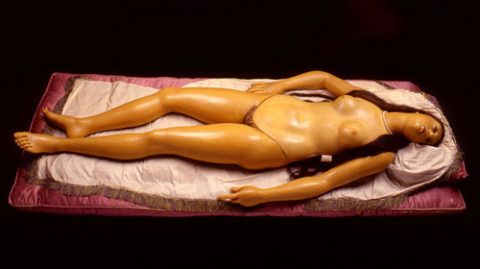 They were created by Clemente Susini of Florence, Italy and his wax creations were copied by other artists at the time. However, his are perceived to be of a higher quality. The Venuses come with anatomically correct lungs, hearts, kidneys and other organs, plus tiny fetuses in their uteruses. As you will also notice, the figures were adorned with elaborate silk pillows, makeup, and other typically feminine features.

These Venuses rarely make it out of Florence and this may be due to the fragility of the wax models. Joanna Ebenstein, the founder of the Morbid Anatomy website, had this to say regarding the resurgence of interest in these beautiful but gruesome Venuses:

"I consider it a bold move on the part of the curators, and cannot help wondering what strings the curators had to pull in order to acquire one of these rare and fragile Venuses on loan. It is also nice to see that, in reviews of the show, the Venus seems to be a real standout. This supports my belief that, if more people knew of these Venuses and other anatomical models, they would be seen as intriguing artworks and cultural documents, worthy of a greater amount of study as well as inclusion in the medical art canon." -Morbid Anatomy website 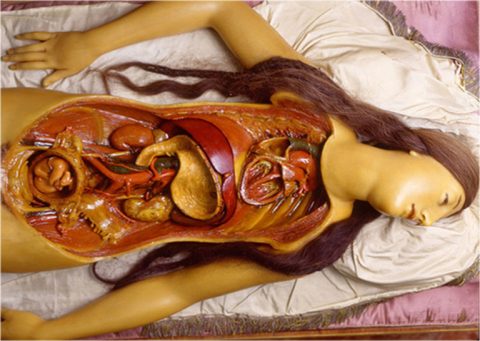