Gotta catch 'em all, or in the case of this twisted Pokémon fan book, gotta cut 'em all. The recently funded Kickstarter project takes a look at what would be inside a Pokémon if you sliced one open.

For Pokémon fans that want to know their favorite characters inside and out, this book is a must have. PokéNatomy—An Unofficial Guide to the Science of Pokémon is now available for purchase. 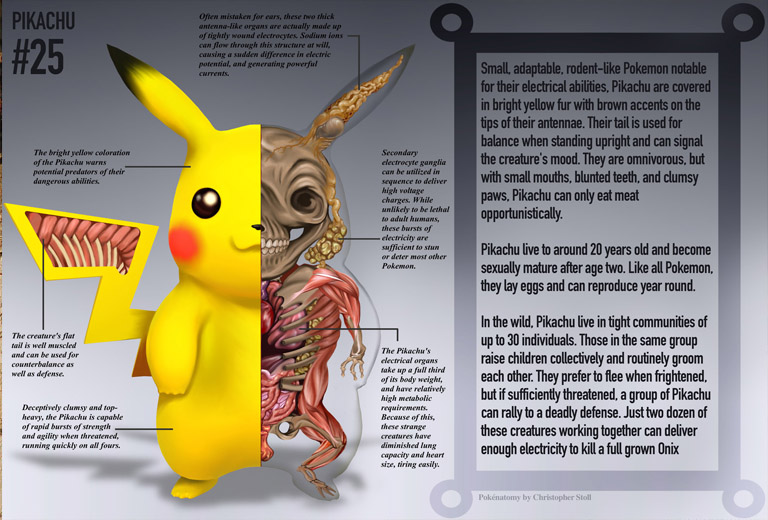 The colorful volume includes over 300 pages of Pokémon information together with detailed notes on the anatomy of each character. 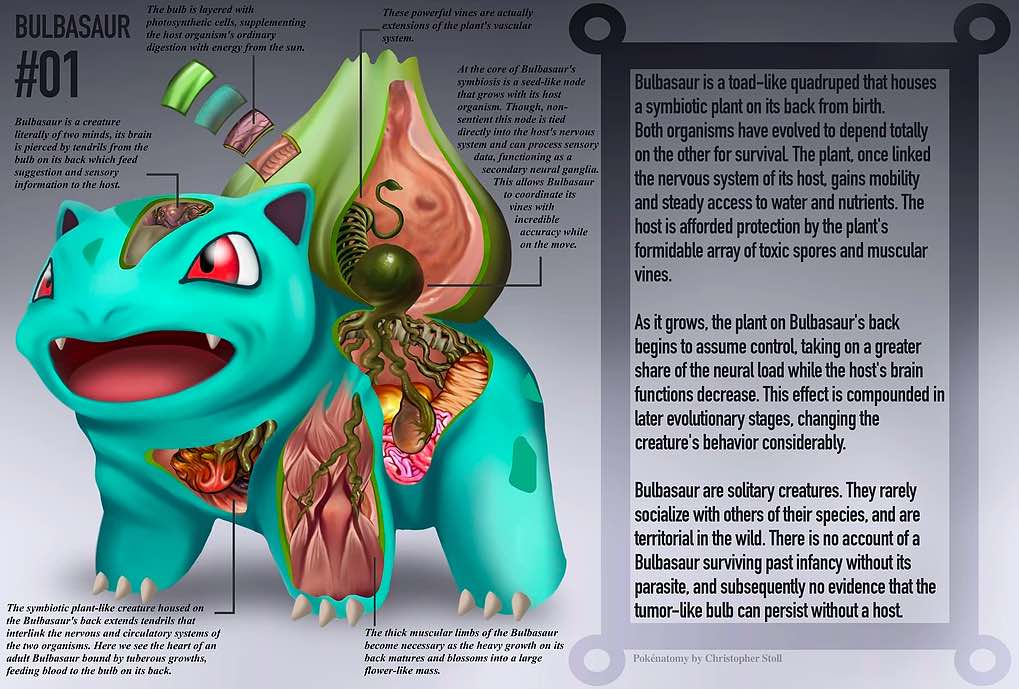 The book is a delight even if you aren’t a huge fan. The illustrations are super detailed and the text is very funny, with a David Attenborough bent. Graphic artist Christopher Stoll is the fan and designers behind the project. His website describes PokéNatomy as “an unofficial anatomical art project, reimagining Pokémon through the lens of modern biology. Now, for the first time ever, you can get the incredible scientific world of Pokémon in print in a high-quality, fully illustrated, unofficial guidebook, designed to help people of all ages understand the power that's inside!”


The hardcover version of the book will set you back $30 or you can grab the digital edition for just $15. For hardcore Pokémon fans, the leather bound signed edition is the way to go in exchange for a cool $50. 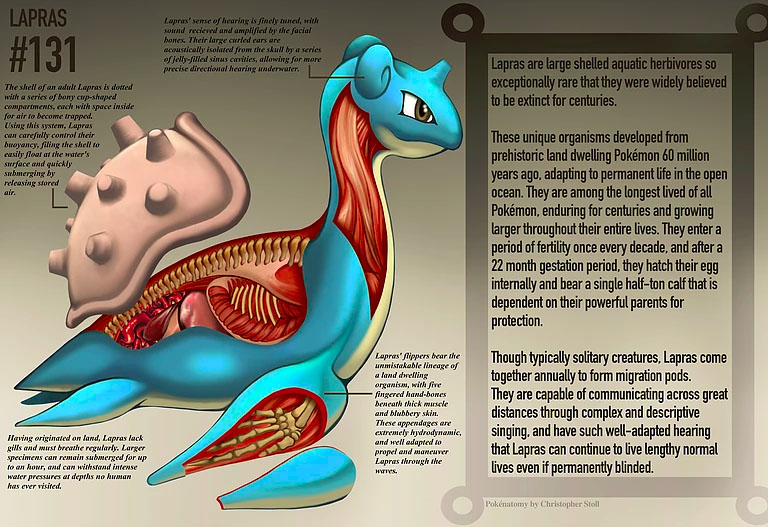 Pokémon is a wildly popular pop cultural icon. The franchise was created by Satoshi Tajiri in 1995. It revolves around different pocket monsters or characters that are captured by humans and then trained before being made to fight each other as part of a sport.

The franchise began as a video game but now spans playing cards, merchandise, animations, applications and as we now know, books. Pokémon is second only to the lovable Mario. 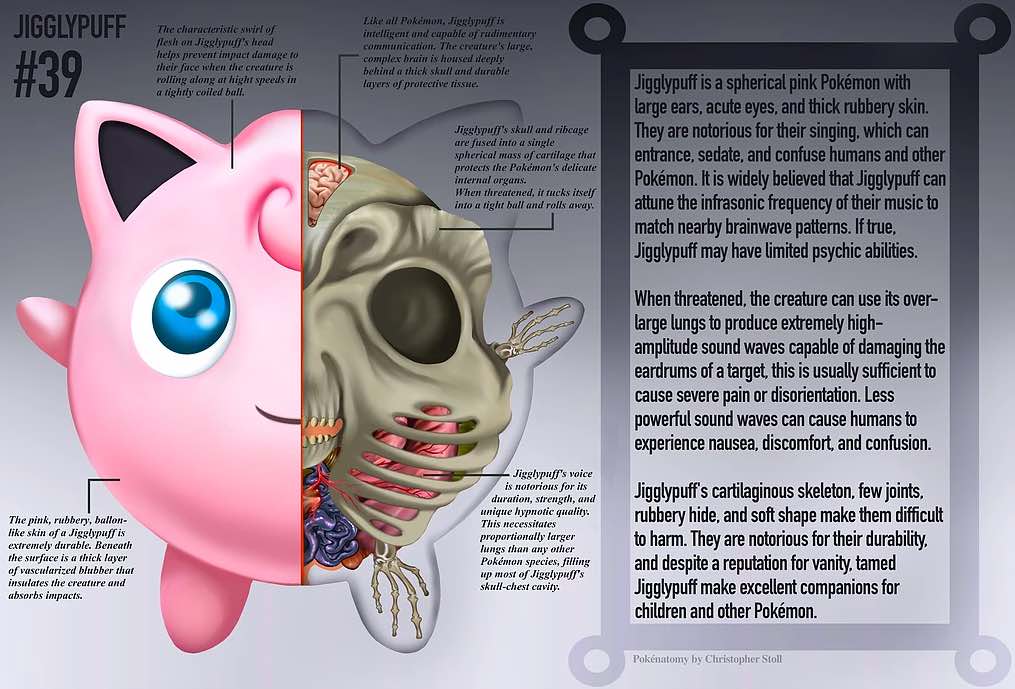 Pokémon manages to stay popular, in part by its consistent reinvention. While the characters don’t change, there always seems to be a new way to access them. The latest Pokémon craze was PokémonGo!, a free smartphone game that uses your location in combination with augmented reality to allow you to locate, capture, battle, and train virtual Pokémons, which appear on your phone screen as if they were at the same location as you. Since the game's launch in 2016, it has been downloaded more than 500 million times.

While hugely popular, the game has also seen its fair share of controversy. Many people have reported injuring themselves or others while playing the game, while several deaths linked to the game have also been recorded.  Muslims in India and Malaysia have been warned away from the game, religious leaders were concerned the addictive app could constitute a form of gambling. There have also been several incidents were crowds of fans hunting rare characters have caused traffic jams and stampedes. 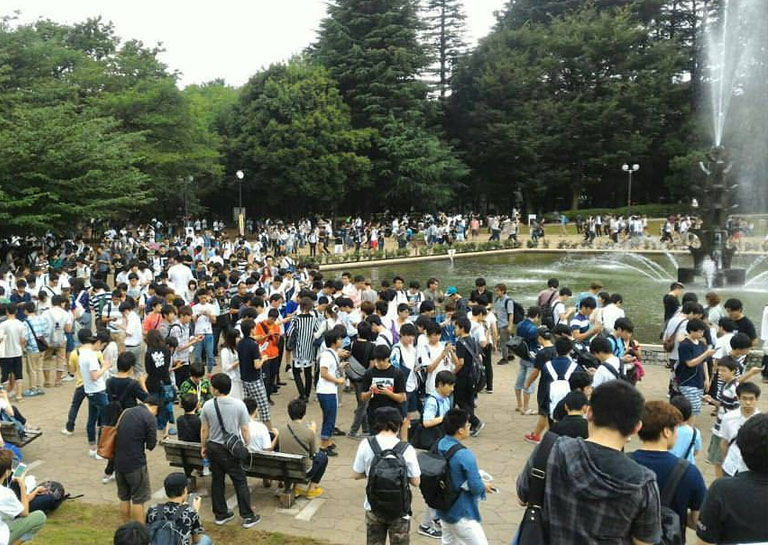 While the app may have slipped down the popular app list in recent months, fans in Japan are alive and well. More than 2 million people gathered in Yokohama last week to take part in the annual Pikachu Outbreak Festival. A special PokémonGo! Stadium was set up for players to enjoy and they were rewarded with a unique character, Mewtwo.

Make Your Own Handy V Drum Sander with This Simple Guide

Make Your Own Hydraulic Wood Splitter With This Simple Guide