An ancient Irish soil's bacteria could be the key in fighting antibiotic resistance.

The Giant's Causeway. The Carrick-a-Rede Rope Bridge. The Titanic Belfast. And of course, the Ards Peninsula.

All of these amazing spectacles are part of what makes Northern Ireland so special. But now, they have to share the spotlight with of all things ... soil. 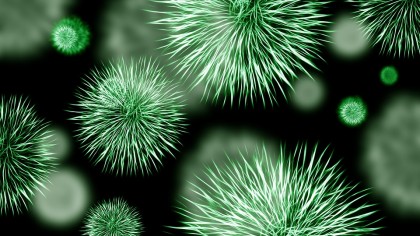 Researchers from Britain's Swansea University have discovered an alkaline soil in Northern Ireland that can fight some of the world's most persistent antibiotic-resistant superbugs.

The study was published in the Frontiers in Microbiology journal, elaborating on just how effective this soil's bacteria can be in the fight against superbugs.

The bacteria they found is called Streptomyces sp. Myrophorea. And this newly discovered bacteria can help stop the growth for four of the top six multi-resistant pathogens. According to the data, it can even "tackle both gram-positive and gram-negative bacteria."

How Did They Figure It Out?

Until now, scientists never found this bacteria. Currently, they don't even know where else they can find this.

But what they do know is that it prevents the growth of dangerous pathogens.

"The discovery of antimicrobial substances from Streptomyces sp.myrophorea will help in our search for new drugs to treat multi-resistant bacteria, the cause of many dangerous and lethal infections,” Dr. Gerry Quinn, the author of the study, said.

Quinn and his team will now focus on making sure the antibiotics are perfected. There might even been more antibacterial organisms from the Northern Ireland soil that "may cover a broader spectrum of multi-resistant pathogens."

If a bacteria can fight antibiotics, it allows the bacteria to multiply and could lead to death if the disease they are fighting is deadly enough.

The soil was found in the region of Boho, an area that has been home to people for at least 4,000 years, according to the study. They believe the soil has been used as a remedy for toothaches and/or throat pain for several centuries.

“Our results show that folklore and traditional medicines are worth investigating in the search for new antibiotics," Swansea University Medical School professor Paul Dyson said. "Scientists, historians and archaeologists can all have something to contribute to this task. It seems that part of the answer to this very modern problem might lie in the wisdom of the past."

Whether or not the researchers can use this soil extensively remains to be seen. The goal is to find other areas in the world that have soil containing similar bacteria, eventually using it as a major player in the fight against deadly superbugs.