In the village of Shiyan Beicun deep in the Zhejiang province of China sits the Longyou caves. These caves were left undiscovered for millennia until one local man decided to test the validity of the local legend.

Myths about the local ponds' "bottomless" properties were the talk of local lore for as long as anyone could remember. One man decided that this myth finally had to be put to the test, so he rallied others in the community and they bought a large hydraulic pump. After pumping for 17 days, the man and thus the world discovered expensive hand-dug caves under the water of the town's ponds that contributed to the seeming bottomlessness of the water. 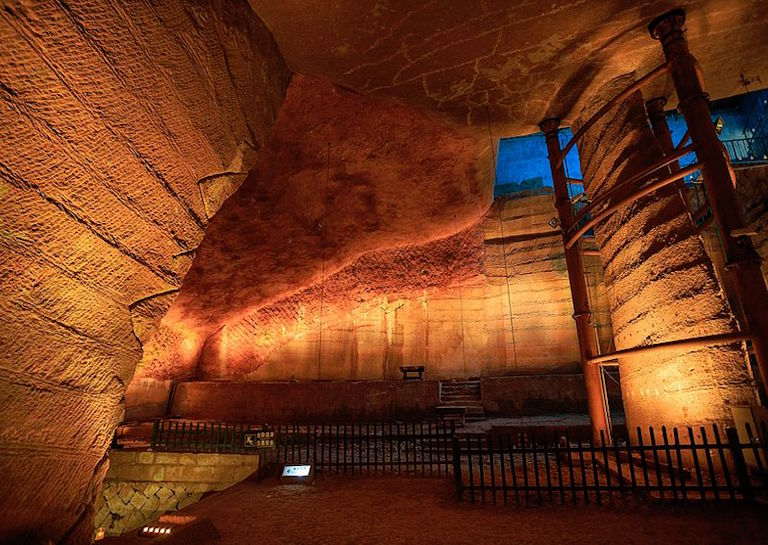 After first discovery in 1992, a total of 36 grottoes have been discovered equating to about 30,000 square meters of hand dug caverns. While these caverns represent one of the largest ancient excavation projects in history, their origin has absolutely no documentation leading to great mystery. 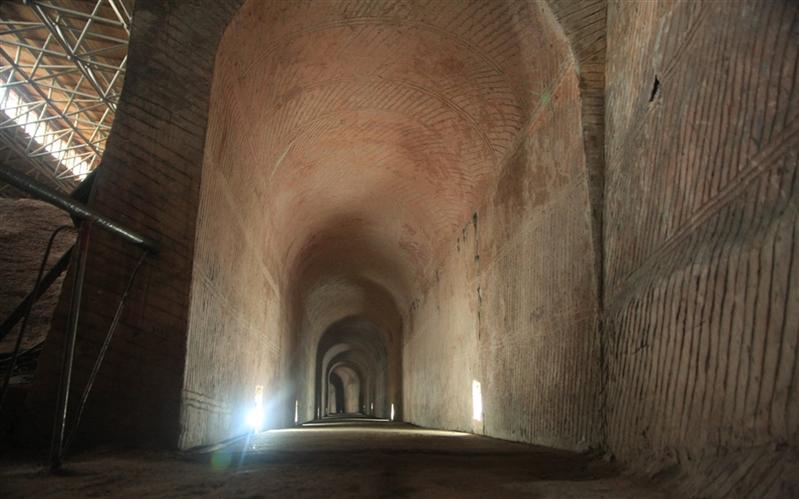 The caverns were carved into solid siltstone descending about 30 meters per grotto. These caverns contain separate rooms, bridges, pools, and gutters, even intricate carvings on the walls. Pillars carved throughout the caves allow for the ceiling to be uniformly supported. Chisel marks on the walls in a series of parallel lines indicate that the expansive caves were hand carved by a now unknown civilization. Now, one of the caves is open for tourism. The cave chosen because it was the most extensively ornate cave of all of the Longyou caves. Even with current archaeological research and engineering examination, the origin of the caves still remains a mystery.

The mystery of their construction

Of all of the mysteries around the caves, perhaps the biggest is figuring out just how they were constructed. The quantity of rock that would have been removed is equivalent to 1 million cubic meters. When experts consider the average digging rate of humans tasked with the tools of the time, they estimate that completing the caverns would have taken 1,000 people working 24 hours straight for 6 years. These calculations only consider the amount of time that it would've taken to remove that volume of dirt, it doesn't take into account the precise engineering and artistry displayed in the caves' construction. 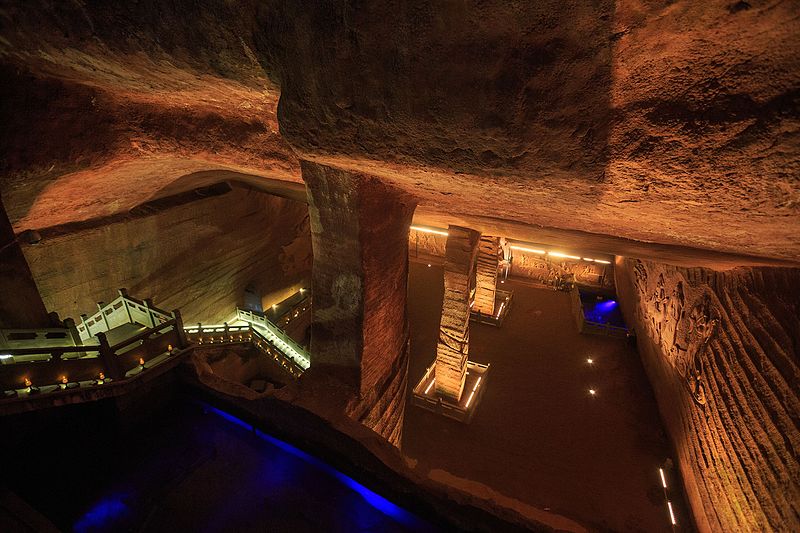 What perplexes experts is this project of extensive magnitude was never documented and no tools were ever found on-site. This is particularly puzzling when you consider how good the ancient Chinese were at documentation.

Another befuddling mystery of the caves' construction lies in the markings on the walls. Every wall is covered in uniform parallel chisel marks. This particular form of excavation would've been much more labor intensive than raw excavation. Experts aren't sure why the people of the time would've chiseled away the caves instead of using more effective tools like pics or haphazard blunt objects. 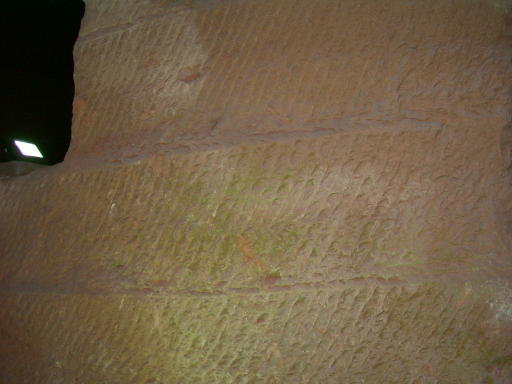 Apart from the unknown and confusing means of construction, other weirder mysteries surround the Longyou caves. The local area is known for having deep naturally occurring caverns that are filled with water. When these caverns are explored, they teem with life and fish. When the Longyou caverns were first pumped dry, no evidence of life and absolutely no fish were found inside their walls. This mystery could be purely coincidence, but it still raises questions as to what might have made the man-made caverns different. 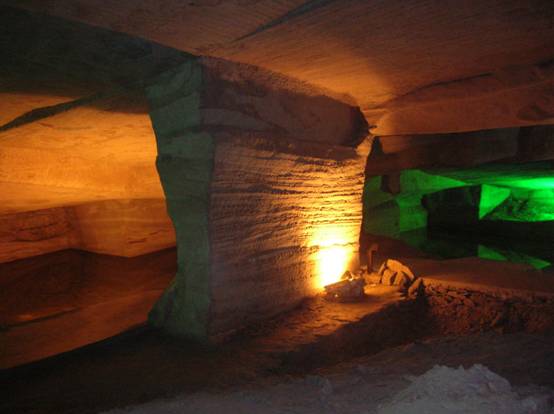 The intriguing properties of the caves don't stop with weird natural phenomena either, engineering experts question how the caves were able to endure practically unharmed for so long. The caves show no signs of damage, no piles of rubble, and no signs of seismic movement. All of this even when some of the walls are as thin as 50 centimeters thick and the region is prone to natural disasters. The inside of the caves are so well preserved that it is as though they were built very recently.

The Longyou caves remain shrouded in mystery. With no evidence of what they were used for, who constructed them, or even how they have survived for so long, they may continue to be at the center of future lore.