And the 2016 Nobel Prize in Medicine goes to... Cannibalism?

The 2016 Nobel Prize in Medicine has been awarded to Yoshinori Ohsumi for his work in autophagy, or how cells 'eat' themselves. 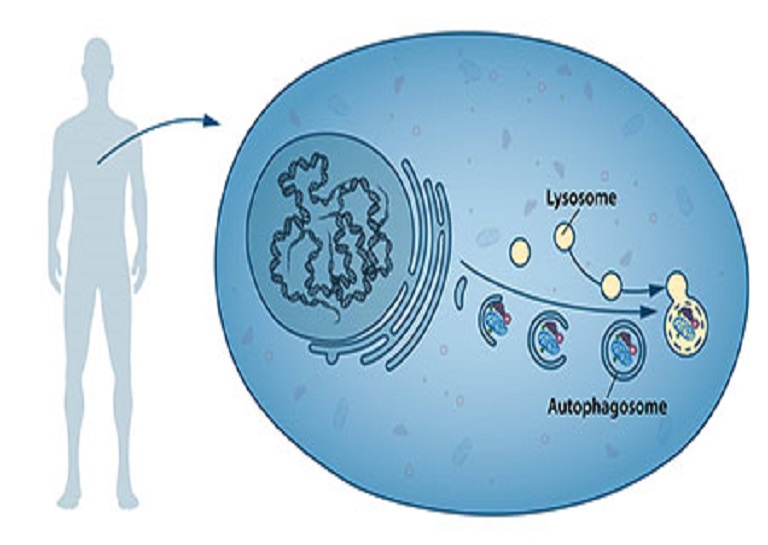 Autophagy - from the Greek auto (self) and phagein (to eat) - describes the process by which your cells 'digest' their unneeded proteins and other materials through internal recycling mechanisms. The Guardian reports that this critical process prevents cancerous growths, wards off infections, and helps prevent diabetes.

In a process that is repeated countless times every day, your cells enclose damaged organelles and waste proteins in a membrane, before hauling the little parcel off to be recycled. This neat system of self-cleaning is vital to the smooth operation of cellular processes and the body as a whole.

“Every day we need to replace about 200 to 300g of protein in our bodies... We are eating proteins every day, about 70g, but that’s not enough to take care of the requirement to make new proteins. Because of this machinery, we’re able to rely on some of our own proteins, maybe the damaged proteins or the long-lived proteins, and they are recycled with this sophisticated machinery so that we can sustain and we survive.”

Professor Ohsumi discovered the main genes responsible for this process through his study of yeast cells. From this work, he was able to identify the equivalent process in human cellular biology and show how autophagy is crucial to the survival of our cells and, therefore, us.

Researchers around the world are drawing upon this work. Professor David Rubinsztein of Cambridge University said these discoveries inform biologists of key mechanisms affecting diseases as diverse as cancer, Parkinson's, and Huntington's. The discoveries also help biologists study infectious diseases. He said, “I’m very happy he’s got this year’s Nobel prize, it’s very well deserved. His lab mainly works in yeast. They did the initial screens that enabled the discovery of key genes that are involved in autophagy. So many other labs have exploited his discoveries, directly or indirectly, to see why it’s important in diseases.”

With the desire to break ground in uncharted areas, he settled on studying the waste disposal mechanisms of cells. He explained:

“I don’t feel comfortable competing with many people, and instead I find it more enjoyable doing something nobody else is doing. In a way, that’s what science is all about, and the joy of finding something inspires me.”