Anonymous Global, a network of autonomous individuals, declared that NASA is about to confirm their discovery of extraterrestrial life. This may not come as a surprise for avid alien life fans. But are there any truth to the pieces of evidence Anonymous has enumerated? Is there enough hard science to back up this claim? And is NASA really announcing such extraterrestrial life discoveries? Well, one thing is for sure, experts are actively on the hunt for extraterrestrial life to provide a definitive answer to the fundamental question "are we alone?".

There were a few pieces of evidence the global autonomous network pointed out to justify their claim. Anonymous took the recent NASA discoveries and ran a mile with them. They are confident that it's not just random microorganisms crawling on the surface of a far away moon NASA will announce. Extraterrestrial life with advanced and futuristic capabilities has apparently already made contact with humans.

Anonymous basically took the speech made by Dr. Thomas Zurbuchen from the congressional hearing of the committee on 'American Science, Space, and Technology' last April 26, 2017, and cranked it up by several notches.

"Taking into account all of the different activities and missions that are specifically searching for evidence of alien life, we are on the verge of making one of the most profound, unprecedented, discoveries in history", said Dr. Zurbuchen in the congressional hearing. Zurbuchen enumerated recent NASA discoveries such as the possible life-sustaining conditions on two lunar bodies within our solar system, the 10 new Earth-like planets orbiting their star's habitable zone, and the existence of a dwarf star called Trappist-1 with seven planets orbiting it. 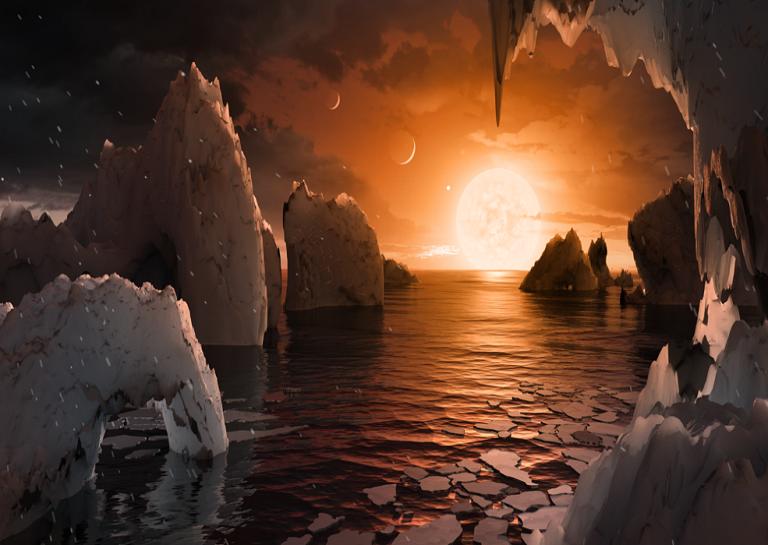 These discoveries don't really confirm extraterrestrial life. However, they are compelling pieces of evidence that prove just how dynamic and alive our universe is. The discoveries also prove that our civilization has significantly developed technologies that allow us to peer and provide theoretical explanations for some of the mysteries of our universe.

"The most profound, unprecedented discoveries in history" doesn't really spell out extraterrestrial life. They are profound in a way as they help us in understanding the universe on a much bigger scale and not just in planetary scale. You can watch Zurbuchen's speech around 39 minutes into the video.


The autonomous network also quoted former NASA astronaut and Princeton professor Dr. Brian O'Leary saying "There is abundant evidence that we are being contacted, that civilizations have been monitoring us for a very long time". They also made reference to a compelling document named UFO1.pdf that was highly valued by the FBI. This 69 pages of document state that Earth has been visited by beings from other dimensions. Anonymous provided a link for this said document, however, the link led to an error page when we tried to search for it.

Is there any truth to what Anonymous claimed ?

So, is there any truth to what Anonymous claimed in their 12.35-minute video? Well, as with other previous extraterrestrial life claims, it's just a series of patched up scientific discoveries which they linked up to advanced alien beings. NASA has never claimed that they possess hard evidence of advanced extraterrestrial life. The scientific facts are real, however, whether they are tied up to extraterrestrial beings or not is the big question.

For example, this latest video posted by NASA Exploration Systems via Instagram shows many similarities Mars have with Earth. Various natural geological formations on Earth are also found on Mars as revealed by the Mars Reconnaissance Orbiter deployed by the American space agency. This doesn't exactly prove that there is extraterrestrial life surviving on the red planet. It's simply hard evidence that Earth is not as unique or different from other planets within our solar system.

Earth has more in common with Mars than you may think. Color-enhanced images like these help scientists interpret dynamic features on the Red Planet. Keep up with @NASA's Mars Reconnaissance Orbiter and as it continues to keep an eye on this fascinating (and similar) world at www.nasa.gov/mro, and tag a friend you'd take with you to the red planet! Credit: NASA #MarsMonday #NASA #deepspace #MRO #Mars

Instead of thinking ahead other people are thinking back

Apparently, many unofficial reports state that mankind has already communicated with advanced alien civilizations. This wouldn't be new to you if you're an audience to the History Channel tv series called Ancient Aliens. The "experts" in this science and mythology series claim that ancient civilizations on Earth were visited by advanced alien beings in the past. And those extraterrestrial beings didn't just came for a meet and greet. They believe that advanced technologies provided by these "ancient gods" helped our civilization to flourish. For example, ancient sites such as the Giza pyramid complex in Egypt, the Pumapunku complex in the Tiwanaku site in Bolivia, and the enigmatic Moai statues in Easter Island, were all believed to be built with the help of alien technology. It requires a colorful imagination to come up with such claims. They even dismiss archaeological reports stating that academics are often at an impasse when it comes to providing rational explanations on how these ancient structures were built.

The Ancient Alien believers also claim that brilliant minds such as Nikola Tesla, Albert Einstein, Robert Oppenheimer, and Wernher von Braun possessed unearthly intelligence. They attribute the revolutionary works of these great thinkers to extraterrestrial life, stating that their extraordinary thinking capabilities were gifted to them by aliens.

In the end, the only words this group of ancient alien believers could utter is "what if it were true"? So, there's no definitive or absolute certainty to their claims. Speculations and past events were patched up to make up an epic and compelling tv series.

Renowned physicists Stephen Hawking thinks we are not alone in the universe. In his online film called "Stephen Hawking's Favourite Places", he stated his stand on the fundamental existence question and revealed his role in providing an answer.

"As I grow older I am more convinced than ever that we are not alone. After a lifetime of wondering, I am helping to lead a new global effort to find out. The Breakthrough Listen project will scan the nearest million stars for signs of life, but I know just the place to start looking. One day we might receive a signal from a planet like Gliese 832c, but we should be wary of answering back".


The $100 million Breakthrough Listen project is a program that scours the 1,000,000 nearest stars and the 100 nearest galaxies in search for intelligent life. All data that will be collected by the program will be shared with the public. One way or another, with or without NASA's confirmation, we will one day find out if we have company in this vast and mysterious universe.