Ant-Man and the Wasp Film Inspires Solution for Microscale Breathing

Virginia Tech researchers have found that microfluidic components and microscale gas compressors embedded into helmets could enable safe breathing at such a minuscule scale.

There is good news for Marvel comics superheroes Ant-Man and the Wasp fans. According to a new study by Virginia Tech researchers, the technology that could be used to help these characters breathe at the microscale in real life could one day be possible! 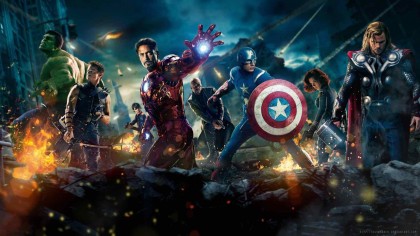 Very few people take superhero movies seriously, much less base true scientific studies on them. However, engineering mechanics graduate student Max Mikel-Stites, with the support of associate professor in the biomedical engineering and mechanics department Anne Staples, decided to delve into the intricacies of what it would take for humans to shrink down to the size of insects and survive.

What they found was that the process would result in some serious challenges, including extreme oxygen deprivation. Luckily, they also conceived of some pretty crafty microfluidic technology solutions to address the complications.

"Death zone" at the microscale

The researchers, whose work centers on biological fluid dynamics with a particular focus on insect respiration and insect-scale fluid flows, studied the film's premise and determined that the movies heroes, when becoming bug-sized, would be exposed to dangerous atmospheric densities at a level nearly identical to that of Everest's "death zone." The term is used by mountain climbers to designate the altitude where there is not enough oxygen for humans to breathe.

"While the actual atmospheric density is the same for an insect and a human, the subjective atmospheric density experienced by a human who shrinks to insect size changes," Mikel-Stites explained. "For example, a normal-sized person taking a deep breath can expect to inhale some number of oxygen molecules. However, when that person is shrunk down to the size of an ant, despite still needing the same number of oxygen molecules, far fewer are available in a single breath of air.

On a mountain, the "death zone" begins at about 8,000 meters above sea level. The researchers determined that, given the film's potential shrinking coordinates, Ant-Man and the Wasp would feel like they were at an altitude of 7,998 meters and suffer all the associated risks such as nausea, vomiting, hallucinations and even death.

"For someone not acclimated, symptoms of altitude sickness range from headache and dizziness to the buildup of fluid in the lungs and brain, and possibly death. This occurs in part because people may respond by trying to breathe more rapidly, to increase their oxygen intake, and because the body is attempting to function with less oxygen than it normally does," he said.

Helmets to the rescue

In addition, based on Kleiber's law, the superheroes' metabolic rates per unit mass would increase by approximately two orders of magnitude, resulting in an equal rise in oxygen demands. However, argue the researchers, there is a solution for these insect-sized heroes' woes.

Microfluidic components such as Knudsen pumps and microscale gas compressors embedded into helmets would help the characters breathe at the microscale. Exploring the concept further could even lead to microfluidic device actuation machinery that would be more portable and cost-efficient.

The work is purely theoretical at this point but, nonetheless, will be presented this Sunday at the American Physical Society's Division of Fluid Dynamics 71st Annual Meeting.