Researchers find that a program to fight climate change by injecting aerosols into the atmosphere from high-altitude aircraft would be possible, but unreasonably costly and unlikely to remain secret.

With climate change on everyone's agenda, scientists are embracing fresh approaches based on strict deadlines for setting our planet back on a positive course, with geoengineering at the heart of these efforts. They involve schemes ranging from erecting massive walls on the seafloor to engineering projects aimed at slowing down glacial melting.

Now, a team of scientists has released a study evaluating the progress of various solar geoengineering projects. Their work was motivated by the reality that programs designed to inject aerosols into the atmosphere could be environmentally risky and very costly.

Weighing the Odds of Disclosure

The concept, known as stratospheric aerosol injection (SAI), involves the delivery of sulfates into the lower stratosphere. In addition to cost and feasibility, the team also looked at whether or not projects like this should remain confidential, and if they are released to the public, which channels for sharing information should be used. 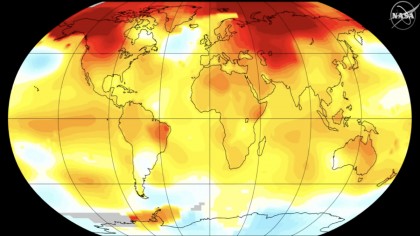 Dr. Gernot Wagner, from Harvard University's John A. Paulson School of Engineering and Applied Sciences, and co-author on the paper, discussed how delicate the subject of solar geoengineering is:

"While we don't make any judgment about the desirability of SAI, we do show that a hypothetical deployment program starting 15 years from now, while both highly uncertain and ambitious, would be technically possible strictly from an engineering perspective.

It would also be remarkably inexpensive, at an average of around $2 to 2.5 billion per year over the first 15 years."

The Numbers Behind the Plan

--> Development costs would include $2 billion for the airframe, and an additional $350 million for any necessary engine modifications.

--> A doubling of the (1) thrust and (2) wing area and (3) number of engines (from four to two) would be needed to make aircrafts ready for the job.

--> An anticipated fleet of eight to start, which will increase to 100 by the end of a 15-year period.

By all indications, the research shows that SAI is a viable solution, but only if sound planning and a radical restructuring of current models is carried out. And in a refreshing way, the team also views the developments in SAI as positive and cautions against forming geopolitical conspiracy theories about inappropriate use in the future:

"Given the potential benefits of halving average projected increases in radiative forcing from a particular date onward, these numbers invoke the 'incredible economics' of solar geoengineering. Dozens of countries could fund such a program, and the required technology is not particularly exotic," Dr. Wagner shared.

Details about the study appear in a paper, titled "Stratospheric aerosol injection tactics and costs in the first 15 years of deployment", which was published November 22nd in the Environmental Research Letters journal.