Antibiotic-Resistant Superbugs Are Winning the Fight, How Can Science Fight Back?

We went to the Science Museum in London, U.K. to learn about antibiotic-resistant Superbugs and how science is responding to the urgent need to develop new antibiotics.

Since the discovery of penicillin -the world's first antibiotic- in 1928, antibiotics have served humanity as a powerful tool to kill harmful bacteria. Before antibiotics existed, hundreds of millions of lives were lost to diseases that were untreatable.

During the last 70 years, however, bacteria have been fighting back. More and more bacteria have become resistant to antibiotics. They have evolved into almost invincible superbugs with an increased superpower. And they are spreading around the world, silently, waiting to attack the next victim.

In the last 30 years, no new antibiotics have been produced. Antibiotics are not easy to find -the discovery of penicillin itself was by accident- and they are expensive to turn into medicines. But how much is the cost of a human life?

It has been estimated that 5,000 deaths are caused every year in England because antibiotics are no longer effective for some infections. Globally, antibiotic-resistant superbugs kill up to 700,000 people a year.  Experts predict that in just over 30 years, by around 2050, antibiotic resistance is going to kill more people than cancer and diabetes combined. That means a rise to 10 million people killed by superbugs by then.

There is an urgent need to invest in more research in order to find new antibiotics. The urgency is such, that the United Nations has called it a global health emergency.

There is a need to raise public awareness on the importance of taking antibiotics only when they are needed and under medical supervision. There is also a need to call for private investors and scientists to find a rapid solution to the current superbug crisis.

Antibiotic resistance is the result of bacteria change to become resistant to the antibiotics used to kill them when they cause infection in an organism.

This can be prevented by reducing the amount of antibiotics that farmers use to feed animals and increase their rapid growth both; then both animals and humans could be safer.

In hospitals, doctors misuse antibiotics prescribing them for anything even when they are not necessary and this, too, drives the proliferation of drug-resistant bacteria. According to the Department of Health in the U.K., the NHS in the United Kingdom alone contributes to up to 10 million unnecessary prescriptions each year. Drug-resistant bacteria also spread to others through poor hygiene and unclean facilities.

Taking antibiotics for everyday viral infections, such as colds or flu, where they are not effective, encourages harmful bacteria that live inside the human body to become resistant. This means that antibiotics may not work when they are really needed.

According to the Economical Pharmaceutical Network in Kenya, the Kenyan government is concerned about the risk that superbugs pose to the 1.5 million people living with HIV in the African nation. People infected with HIV rely heavily on antibiotics and the lack of effective ones can be fatal.

Tuberculosis is a killer. It kills more people than any other infectious diseases. TB has many superbug strains, which are very hard to beat. According to GlaxoSmithKline U.K, superbug TB requires 14,000 doses of antibiotic pills taken over two years (pictured above).

Vaccines can be an alternative; they prime the immune system to fight bacteria on its own. The problem is that a lack of investment in vaccine research results in the lack of enough new vaccines development.

Yet, there is not enough investment for the new vaccine research which could save thousands of millions of lives.

Hunting for new antibiotics in Iceland

Iceland has incredibly unique geology with areas that science has never explored before. Scientists have recently been looking at Iceland as a place to find new microbes. There is an urgent need to create new antibiotics in order to fight the existing antibiotic-resistant bacteria.

Penicillin: The world's first antibiotic is now losing the fight with superbugs

When in 1945, Scottish Sir Alexander Fleming accepted his Nobel Prize in Physiology or Medicine for the discovery of penicillin no one could even imagine that part of his acceptance speech was going to become reality in less than a hundred years.

Sir Alexander Fleming was one of many who predicted the rise of superbugs and what the future could bring. He anticipated that it was "not difficult to make microbes resistant to penicillin." Something that we can clearly see happening now.

"It is not difficult to make microbes resistant to Penicillin."- Alexander Feming said in 1945

Penicillin was the first world's antibiotic discovered and the first developed on a global scale. Discovered by accident by microbiologist Sir Alexander Fleming in 1928, the first effects of penicillin were reported in 1929. Over a decade later, scientists at Oxford University developed penicillin as a drug to treat bacterial infections.

It was a revolutionary advancement in medicine. Thanks to penicillin and the antibiotics that followed the treatment of bacterial infections saved many lives.

The development of bacterial resistance to colistin

Antibiotics are chemicals made by bacteria and fungi. Finding the one ones, they have the power to kill other bacteria. Since the 1940s, antibiotics have been used to treat bacterial infections such as tuberculosis, pneumonia, sore throats, and more.

Colistin (colistimethate sodium) is commonly called the last resort antibiotic. Colistin is only used in severe superbug infection cases after all other antibiotic treatments have failed.

According to TEVA U.K., in 2015, scientists in the U.K. and China found that because of the fact that colistin was also given to farm animals to increase their rapid growth this practice could potentially harm people, even people living thousands of miles away.

In 2017, the scientific evidence provoked China to ban the use of colistin in animal feed.

The Longitude Prize competition: An urgent call to global scientists

The British government and innovation foundation Nesta created the competition as a global strategy to encourage scientists to develop new solutions to fight antibiotic resistant bacteria. The Longitude Prize opened for submission in November 2014. 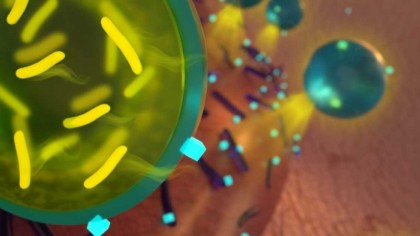 The committee is going to award £8 million to the first team that can demonstrate that they are able to develop a fast, affordable, and accurate diagnostic test for bacterial infections.

At the time of writing, there are 83 international teams from 14 countries taking part in the competition. The Longitude Prize has already three start-ups. Each of them has been awarded up to £100,000 to further develop their rapid diagnostic tests to tackle antibiotic resistance.

The three first startups come from across India: Module Innovations, Pune; NanoDx, Delhi and Hyderbad; and OmiX and Spotsense, Bengaluru.

The Boost Grants were sponsored by the Biotechnology Industry Research Assistance Council (BIRAC), a Government of India Enterprise, as part of the longstanding partnership with the Longitude Prize run by Nesta.

Without antibiotics, the world could experience again the times when organ transplants were not possible, or routine-surgeries, even more, women could die in childbirth again. The threat is real. And bacteria are everywhere around us.