Antoni Gaudí's Architectural Style and Best Works out of Barcelona

Antoni Gaudí's architectural style is mostly found in Barcelona, however, many of his works can also be found out of the Catalan city.

Antoni Gaudí i Corvet is best known for being at the forefront of Catalan Modernism architectural style in the 19th and 20th century. His inspiration was the Neo-Gothic and organic styles. 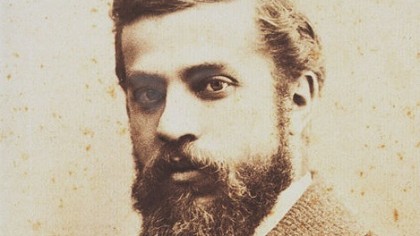 This is clearly represented in some of Gaudí's most iconic structures, such as Sagrada Familia and Casa Milà, two of Antoni Gaudí's best works in Barcelona.

The Catalan architect possessed an incredible love for nature: animals and plants. This, and religion, greatly influenced each one of his designs. Sections of seven of Antoni Gaudí's designs are UNESCO World Heritage Sites. Gaudí's significance in the world of architecture is such that the maestro Catalan is studied by architects worldwide.

But it's in the details where Gaudí's architecture truly shines. Each of his most characteristic mediums – wood, wrought iron, ceramics, and stained glass – are seamlessly intertwined to tell a story of life, death, and the faith in between.

Antoni Gaudí left his hometown of Reus at the age of 16 to join the school of architecture in Barcelona, the main city of Catalunya at the time, where there was a large anarchist independence movement.

Gaudí's love for Catalunya shows in his works through his use of major influences such as Mauresque, oriental, and gothic architecture, all of them traditional Catalonian styles. Antoni Gaudí did not travel around Europe.

However, he was acquainted with French Avant-Garde movements thanks to the close relationships that existed between Barcelona and France.

In the intellectual, bohemian, and modernist sphere, new foreign movements such as the preraphaelites, arts and crafts, Gothic revival, Impressionism, and Art-Nouveau were also widely discussed.

Antoni Gaudí was regularly seen at the cercle St. Luke and Ateneu Club. He was especially close with count Eusebi Guëll, who traveled frequently around Europe. Güell, who was Gaudí's main supporter, recommended Gaudí to read Viollet-le-Duc's book Entretients sur l'architecture, which had a profound influence on the architect.

Gaudí was greatly influenced by Art-Nouveau. This, resulted in the architect's experimentation with new materials and new shapes. This period of architectural stimulation was paramount in helping him to give up imitating more historical styles and, finally, find his own.

The materials used by Gaudí are also characteristic of his style. They ranged from stone to ceramics to tiles, from wrought iron to glass and bricks. Gaudí was constantly inventing creative solutions. As an example, Gaudí used broken tiles for technical and financial reasons.

Square tiles could not match such a wavy shape in his constructions. On top of that, square tiles would have been too expensive. He found it was cheaper to use broken tiles from the ceramics fabrics, with the benefit that could be a better fit for his designs.

El Capricho was one of Antoni Gaudí's first works. He was only 31 when he worked on this project. The structure, simple and traditional, is an explosion of energy and color. The materials chosen for this construction was a combination of brickwork, tiles, and wrought iron. Nature is present in the form of sunflowers. The name El Capricho makes reference to the capricious style of the musical work by the same name.

Palacio Episcopal in Astorga was built in a Ghotic Revival style. This is one of only three buildings by Gaudí outside Catalonia. It consists of a castle, a church, and a stately mansion. This project was designed by Gaudí in 1887 and completed by the architect Luis de Querejeta.

La Casa Fernández y Andrés is better known as Casa de Botines. This is one of the three constructions that can be found out of Cataluña. It was built in the Neo-Gothic style with Modernism influence typical of Gaudí. Casa de Botines was declared Historical Monument in 1969. Currently, the building is the property of the Caja España.

The Celler Güell, or Bodegas Güell original project includes a winery, house, and chapel. It was another commission by Eusebi Güell. He first wanted to build a hunting lodge on the land. At the end, Güell rejected the idea and requested Gaudí the construction of a winery since he had already several wine producing facilities in the area.

This work looks like a little faiytale Medieval castle, a type of construction easily found in some Central European, or Baltic countries. It was built using stone, brick, and forged iron with parabolic lines, asymmetrical solutions, and irregular shapes.

Sitges, a picturesque town near Barcelona, exhibits the project's original design at the Historic Archive. The designs contain Gaudí's signature. Currently, the winery houses a restaurant so customers can easily explore the iconic construction.

Misiones Franciscanas de Tánger  was one of the projects that were finally not realized. Antoni Gaudí worked on this project between 1892 and 1893. The construction would have included a church, a hospital, a school, and a Franciscan convent. It was going to be built in Tánger, Morocco for the Franciscan Order. There is some similarity with the Sagrada Familia.

Antoni Gaudí proposed a project for the Grand Hotel Attraction for a skyscraper in New York City. In May 1908, the project was commissioned. Gaudí had planned for a total of 360 meters high for what many believed was a very futuristic design. Some went as far as saying the project was unrealistic.

The project only came to common knowledge when, in 1956, Joan Matamala i Flotats publsihed a report called When the New World Called Gaudí. Two versions started circulating about why the project was cancelled.

One was that Gaudí had fell ill. A second version remitted to the possibility that Gaudí had cancelled the project after knowing that the hotel was planned to cater only wealthy clients, which perhaps was in conflict with the work he was doing in Sagrada Familia. But just like many other things, we will never know what really happened.

Later, Gaudí's drawings were proposed for the rebuilding of Ground Zero in Manhattan. Architect Paul Laffoley proposed a modified version of the original drawings. Fox Broadcasting Television featured the hotel in the show Fringe as part of the New City skyline in an alternative universe.