In May 1969, the Apollo 10 astronauts heard weird music while on the dark side of the moon, and they didn't tell anyone about it. Nasa's Unexplained Files take a closer look into what is still an unsolved mystery. For nearly an hour, the 3 Apollo astronauts were without radio communications to earth while they passed on the far side of the moon. When the radios were supposed to be silent, the crew started hearing some very concerning noises come through the radio. Noises that sounded like something straight out of a sci-fi movie, and they didn't know what to do or say.

In some of the audio depicted below, from Fox News, the astronauts are clearly distraught about the noises and discuss whether they should tell earth, they decide not to, until recently. The tapes of the conversations and music heard through the radios remained tucked away in the NASA archives for decades until they were unearthed in 2008. Here is a brief excerpt of the conversation when the noises started coming through:

“It sounds like, you know, outer space-type music,” says an astronaut.

“Shall we tell [NASA] about it?” an another asks.

“I don’t know,” the astronaut replies. “We ought to think about it.”

Of course now, it seems like this event should have been something that the astronauts told the people on earth about, but at the time, they were concerned about being grounded. In the race to the moon, astronaut crews feared anything that would keep them from going on another mission. So in what might have been a bad decision, they kept this secret for most of their lives.

The Cassini Spacecraft picked up sounds similar to what the Apollo astronauts heard but this was due to the fluctuating magnetic field on Saturn. This solution doesn't bring an answer to the question of what exactly the astronauts heard on their radio because of one big difference, the moon has no magnetic field. 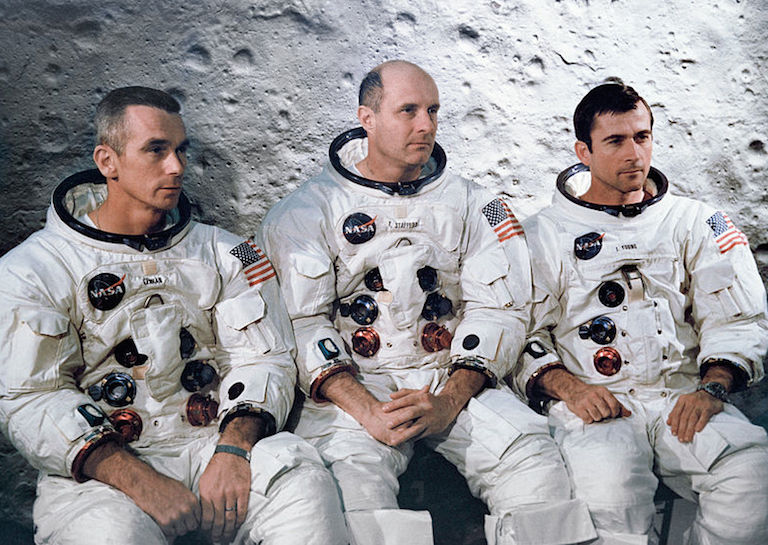 The only leading theory as to what the sounds could have been is that it was an unique form of static, but the astronauts aren't convinced. As a crew, they were trained to be prepared for radio static and even heard static on their journey, but it was nothing close to the alien-like sounds heard on the dark side of the moon.

The mystery remains unsolved, and it is certainly one that has conspiracy theorists across the globe wonder what could be out there. The real question may be, who is out there?

Nasa and scientists around the recordings maintain that there must be a logical scientific answer to what the noises were. More than likely, this strange music isn't the only secret hidden throughout the NASA archives. The problem is, there is simply so much data hidden throughout the archives that it is often hard to determine what is important and what isn't.

There are still a lot of mysteries in space, and it is up to engineers and scientists to discover them. If you have any theories as to what the noises could have been, post them below.

SEE ALSO: Submit your application to become a NASA astronaut

Earth May Have a Second Moon the Size of a Tesla