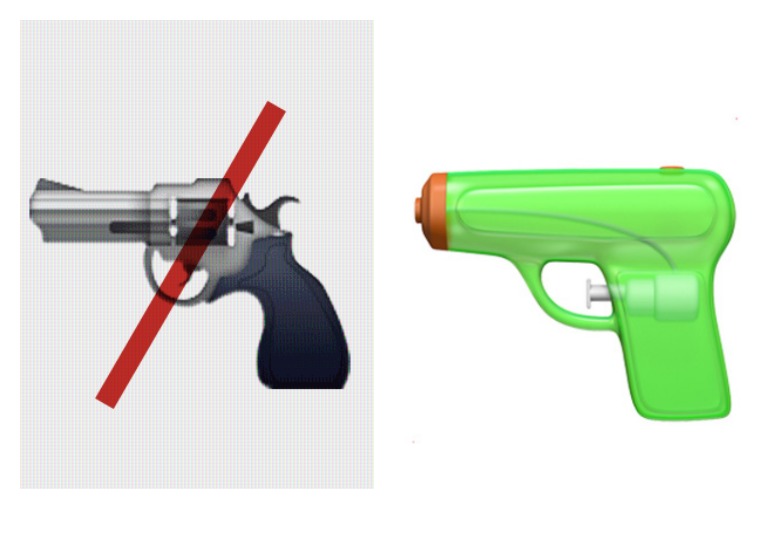 In a society riddled with violence and hate, Apple sets to tone the mode down by removing the gun emoji and replacing it with a squirt gun.

In a recent attempt to introduce more diverse and neutral emoji's, apple has unveiled a new line of characters and symbols to be added in the next iOS 10 update. The update will include more than a hundred updated and new emoji characters for iPhone and iPad users. The new emoji keyboard will include more gender options including new female athletes and professionals, adds beautiful redesigns of popular emoji, a new rainbow flag and many more.

Working in collaboration with Unicode Consortium, Apple is ensuring their emojis contain diversity of people from around the globe.

While the new update is set to be released this fall, according to Popular Science, those who download the iOS 10 Beta 4 will witness changes including the gun to squirt gun modification.

The change is speculated to be a result of a year-long campaign of the advocacy group New Yorkers Against Gun Violence who pressured apple into deleting the revolver emoji. Using the hashtag #DisarmTheiPhone, the tweet gained popularity, and now, the emoji is gone.

SEE ALSO: Customizable Digital Necklace can Display Anything you Want