Apple AirPods: Do They Live Up to the Hype?

Apple AirPods are advertized as wireless, effortless and magical. Like every other Apple product, the ease of use is the essential design principle of AirPods. Once out of their box, they are ready to connect to all compatible devices instantly.

But do they live up to the hype? Let's take a closer look beyond the media hype.

For some the release of the iPhone 7 and 7 Plus was incredibly exciting, whereas some were very disappointed by the products. Unarguably, the main change in the new release was the removal of the headphone jack, and its replacement with a wireless feature. The new iPhone release was synced with the reveal of the new AirPods, a pair of fully wireless Bluetooth earbuds. Some saw this as another money-making ploy from Apple, others thought it was a brilliant innovation.

AirPods indeed deliver what Apple have promised, but they are not perfect. They have excellent battery life, seamless connectivity, and surprisingly competent audio quality. They do, however, have the drawback that these headphones rely almost entirely upon Siri for controlling audio playback. For this reason, they are unlikely to be the most convenient way of controlling a portable music player. AirPods are not too different from Apple's buttonless 3rd generation iPod Shuffle which relied entirely on its headphones' inbuilt remote with no other compatible options.

The release of AirPods is certainly a bold move but will they prove to be the straw that broke the camels back for Apple?


How do AirPods feel and look?

Apple is well known for their attention to the appearance and usability of their products. The new AirPods' design is something almost every Apple user is familiar with. AirPods are nearly identical to regular iPhone EarPods, of course, without the wires. The biggest aesthetic changes are the small arms coming out of the earbud sections. AirPods are also much thicker than regular EarPods, with the purpose of fitting the device's battery and microphone.For some, these thicker arms may be less stylish when compared to the classic EarPods.

By sticking with the original EarPod design as much as possible, AirPods automatically dispense modern conveniences like replaceable silicon ear tips. Reviews show that some users don't feel like AirPods stay in their ears secure enough when they are physically active. Although they do fit snuggly into one's ear, it is not fun to run while worrying about losing one of your AirPods.

This is not a problem with EarPods since they have a cable to stop earbuds from falling and getting lost. The fitting disadvantage aside, the lack of silicon ear tips allow the users to have longer and more comfortable listening experience.

How is the quality of sound?

The criticisms about their fit and feel aside, the sound quality of AirPods is actually pretty good. You don't have to worry about weak, tinny sounds with these. Bass cuts through tracks without overwhelming the mid and treble notes. There is no problem with instrumental overcrowding, during orchestral tracks for instance. The quality of sound coming from AirPods has the energy and the rhythm to them.

When compared to the wired headphones that cost almost as much, AirPods fall short of crispness and detail across a track. However, it still provides an impressive quality of sound which is certainly better than the Lightening-equipped EarPods you get with your iPhone 7. Although AirPods cost over five times that of the EarPods, its performance justifies the cost, which is reassuring. 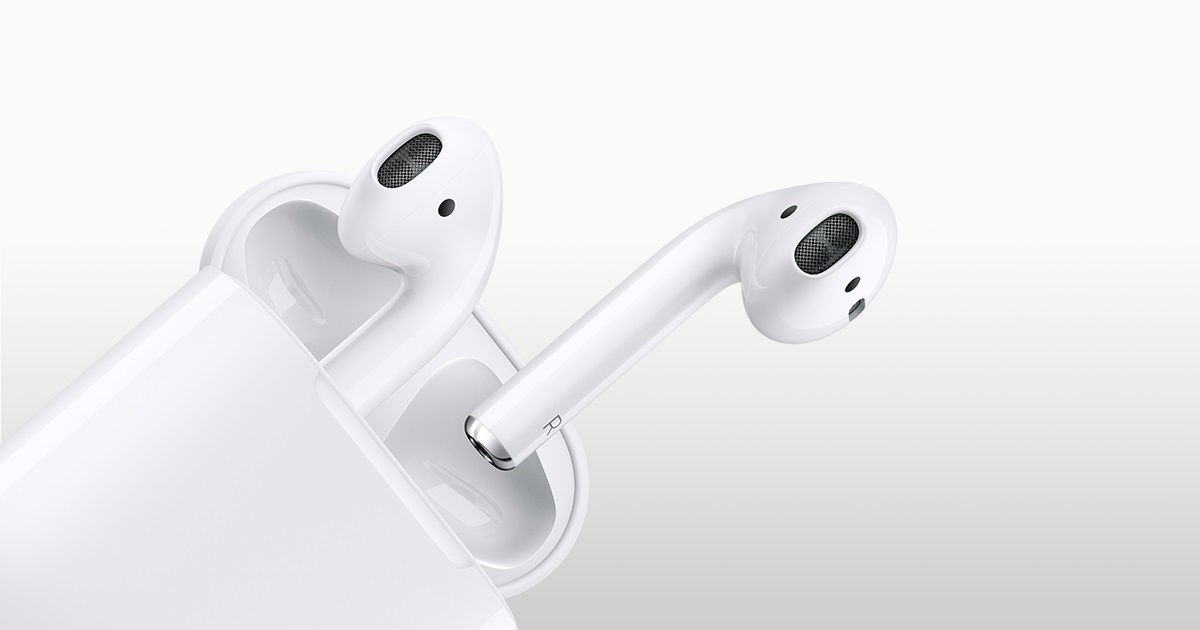 What about Bluetooth connectivity?

Apple seems to have solved their checkered history with Bluetooth connectivity with these new headphones. Simply open the AirPod case, follow the on-screen prompts with your phone and you're done. They automatically connect and disconnect when you put them in or take them out of your ears, which is nice.

Android NFC pairing has been around for some time now, so this function of the AirPods is not revolutionary. However, the process is quick, easy and probably the way forward for this tech. AirPods can also pair with other Apple devices such as iPads and Apple Watch.

AirPods has dispensed with remote controls. Instead, you double tap on either bud and command Siri to perform volume and track changes as well as other voice activated functions. However, if you remove one or both of the AirPods from your ears, the track will automatically pause.

This process may not seem as slick or convenient for some users and may feel a little awkward in public. You can easily make voice-dialing calls with good sound quality but you'll need to deal with Siri, which isn't the best assistant on the market.


How is the battery life?

Thanks to its large bulbous stems, the AirPods battery life is pretty good. Apple claims that AirPods have five hours battery life and do charge directly in their case. The case charges via its Lighting port and when it's full it can recharge the AirPods over four times. Charge status is indicated with LED lights underneath the case. You also get a relative charge level indicator when you open the lid near a paired device. To sum things up, it is fair to say that AirPods has a better and longer battery life than its competitions.

With its instant pairing feature, battery life and high sound quality AirPods do not disappoint. Although the lack of silicon earpieces may bother some, they can be added later on according to the user's preference. However, having to control the device via Siri is a serious disadvantage. It would be so much easier to manage simple repetitive tasks, such as skipping tracks, with a remote.

No matter how good it is, coming around $160, AirPods are very expensive compared to other Bluetooth earphones on the market. However, it is very unlikely that cost would put an Applephile off.