A report detailing a potential hack through the use of tiny microchips has been flatly refuted by the parties involved.

Chinese spies may have reportedly infiltrated the servers of almost 30 major US companies including Apple and Amazon, according to a report revealed this week. Bloomberg Businessweek reported that hacking microchips may have been inserted into US designed servers through their Chinese server manufacturers.

The tiny microchips have the ability to divert dates and let in new codes. Amazon and Apple are reported to have discovered the chips through their own internal investigations.

So far there have been no reports that any data or tampering has taken place. And both Apple and Amazon deny the story.

Bloomberg published the full statements from both companies. Amazon says the reporting is “untrue”.

“We’ve found no evidence to support claims of malicious chips or hardware modifications," their statement reads. Apple is similarly concrete about the fakeness of the claims.

The California based company is adamant the reporting is untrue. “On this we can be very clear: Apple has never found malicious chips, “hardware manipulations” or vulnerabilities purposely planted in any server,” the company's official statement reads.

“Apple never had any contact with the FBI or any other agency about such an incident. We are not aware of any investigation by the FBI, nor are our contacts in law enforcement.” 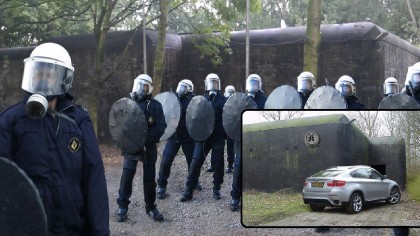 China’s Ministry of Foreign Affairs even weighed in expressing its concerns over the story. “We hope parties make less gratuitous accusations and suspicions but conduct more constructive talk and collaboration so that we can work together in building a peaceful, safe, open, cooperative and orderly cyberspace,” they said.

The company is one of the largest suppliers of server motherboards in the world. These motherboards are commonly used in specialist products like medical equipment as well as in data centers for tech giants.

Bloomberg said the target of the attacks were servers used by the startup Elemental Technologies, a company that specializes in video compression. Elemental technologies was bought by Amazon in 2015.

According to Bloomberg, Elemental technologies “could be found in Department of Defense data centers, the CIA’s drone operations, and the onboard networks of Navy warships.”

They are also used by Apple and Amazon. Despite the story not being confirmed by any of the parties involved, there are many reasons to suspect the could be at least element of truth in it.

Both Apple and Facebook do confirm they found problems with SuperMicro’s servers in servers, but deny they are hardware related. The prize is also worthy of pursuit.

Hardware supervisions are a big prize for a state-backed hacker, the NSA has also been caught trying something similar. Bloomberg is likely to keep investigating the story but whether the truth will ever come out is unclear.

New Releases on Netflix, Hulu and Amazon for Science and Tech Lovers