Apple has officially met its goal of getting all of its facilities powered with 100 percent clean energy. This means all Apple owned and operated facilities rely only on renewable sources for their power, this includes retail stores, offices and data centers in all locations across the globe.

In addition to fulfilling their own goals, it seems Apple has inspired others to follow suit. In the company’s press release of the announcement they also revealed that an additional nine manufacturing partners have committed to power all of their Apple production with 100 percent clean energy.

These new green committed companies bring the total number of supplier commitments to twenty-three. “We’re committed to leaving the world better than we found it. After years of hard work we’re proud to have reached this significant milestone,” said Tim Cook, Apple’s CEO.

“We’re going to keep pushing the boundaries of what is possible with the materials in our products, the way we recycle them, our facilities and our work with suppliers to establish new creative and forward-looking sources of renewable energy because we know the future depends on it.”

It has made the leap to renewables in several big bounds. In 2010 only 16% of Apple's facilities were powered by renewable energy, by 2015 93% relied on green energy. That jumped to, 96% in 2016 and to 100% in 2018. Jackson says squeezing out that last four percent was a difficult but rewarding challenge

“If you look at our trajectory, for the last couple of years we’ve been close to 100%,” she says. “It’s just four percent more, but it’s four percent done the right way. So this announcement feels like a classic Apple product release.

Like our products, we sweat the details, we have pretty strict standards, and we prefer to wait and meet our standards than to rush and make a claim.” Data centers were Apple’s first target of green energy.

These massive energy suckers store all of Apple's data that make it possible to enjoy renowned Apple features like Siri, iCloud, and Apple Music. All of Apple’s data centers have been powered by 100% renewables since 2014. 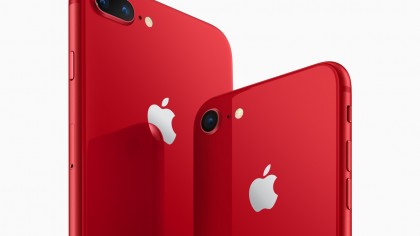 The company has data centers in Maiden, North Carolina; Reno, Nevada; Mesa, Arizona; Newark, California, and Prineville, Oregon. Apple has plans for another data center in Waukee, Iowa, as well as one in Ireland, two in Denmark, and two in China.

Apple says that since 2011 its combined renewable energy projects have reduced greenhouse gas emissions (CO2e) by 54 percent, and prevented nearly 2.1 million metric tons of CO2e from entering the atmosphere. Apple will continue to develop its green energy supplies and will continue to motivate its suppliers to go green too.

The World's First Wave-Powered Desalination System Is Ready for Action