"For decades, Apple's been creating world class hardware and world class software. We've also been creating a growing collection of world class services. And that is what today is all about." This is how Apple CEO Tim Cook opened Apple special event's keynote at the Steve Jobs Theater in Cupertino, California campus.

As exciting as it sounds, Apple's keynote was complete with new ways to experience Apple TV, news and magazines, and even an Apple Card, a new and beautifully designed credit card with never-heard before benefits, and state-of-the-art security features created by Apple, not by a bank.

But what got everyone most excited was when Ann Thai, senior product marketing manager for the App Store, made the announcement of Apple's new way to experience games with Apple Arcade. "The world's first subscription service for mobile, desktop, and living room," she said.

The Apple Arcade is launching in the App Store this fall with over 100 exclusive games that will not be available on any other platform, and with more games to come.

SEE ALSO: AFTER THE APPLE II, THE WORLD WAS NEVER THE SAME

Tim Cook spoke about the benefits of seamless integration of hardware, software, and services, saying that this is something that Apple does better than anyone else.

This was a great introduction for Apple's new gaming service, which is expected to become a success after launching with groundbreaking new games.

We are not talking about your usual games. We are talking about immersive games where storytelling and design are pushed further than ever before in the history of gaming. And it all comes in a gaming service in a pure Apple style: Unlike any other.

Not just that. Apple Arcade is going to offer all-you-can-play, with no ads, and no in-app purchases. It sounds like gaming paradise. You are going to be able to download all the games you want to try straight onto your Apple devices; it is all included in only one subscription. We don't know yet how much that will cost, though.

According to Anne Thai, Apple Arcade is going to be easy to use, private and secure, with expert curation, and personalized. An important point she remarked was that Apple Arcade cannot collect any data or track any information on how you play your games without your consent.

In the usual Apple style, you are going to be able to start your game right on your Mac, continue on your iPad, jump onto your iphone if you are on the go, or play it all on your Apple TV on a lazy weekend at home.

With play offline mode, you can play without worries regardless of your connectivity. Your subscription gives you access for up to six family members.

Apple Arcade is going to be available in over 150 countries. Price and more details are going to be revealed later. All in all, exciting news, indeed.

Apple Arcade and the creators of great gaming

Apple joined forces with some of the world's best and most innovative game developers to create new characters, new stories, original games, and new exciting worlds.

Apple is paying attention and partnering with developers who tell stories through their games such as acclaimed indie developers, major studios, and legendary creators Hironobu Sakaguchi, Ken Wong, and Will Wright.

Apple Arcade games are going to redefine games. They are going to be curated based on originality, quality, creativity, fun, and their appeal to players of all ages.

With Apple Arcade, gamers are going to have the freedom to try any game from its handpicked collection of titles and play as much as they want without additional purchases. 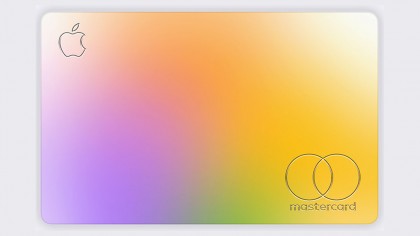 With the simplicity of a single subscription, Apple Arcade is going to bring a wide variety of games to more than one billion gaming customers.

According to Apple, Apple Arcade games are going to entertain customers with incredibly fun gameplay, and exciting immersive stories; games that capture the imagination of gamers with a display of original art and vibrating music.

"The App Store is the world's biggest and most successful game platform. Now we are going to take games even further with Apple Arcade, the first game subscription service for mobile, desktop, and the living room," said Phil Schiller, Apple's senior vice president of Worldwide Marketing.

"We are working with some of the most innovative game developers in the world to create over 100 new and exclusive games to play across iPhone, iPad, Mac, and Apple TV. Apple Arcade games will be great for families, respect user privacy, and will not have ads or require any additional purchases. We think players of all ages are going to love Apple Arcade," he said.

The service includes access to the full game experience, including all game features, all content, and all future updates. Many games are going to offer support for game controllers. Apple plans on adding new games to the service on a regular basis.

During the event, Apple previewed some of the games which are part of Apple Arcade. Here below there is a small sample of what you can expect to be playing soon. There is a great variety of styles suitable for everyone.

Beyond a Steel Sky (Revolution Software)

Union City is a dystopia. This game challenges you with thrilling puzzles and compelling characters. The adventure starts when you try to hack the city's AI system. Is that even possible?

Girls are going to love this game. A surreal and mythic adventure where a female hunter and an eagle embark in an adventure exploring an island to dispel a curse that grips the world. Beautiful colors in an enchanting landscape mix with action and a beautiful story.

An energetic game to run, jump, climb, and surf. Just be careful, there is hot lava all around! "A nostalgic game that will transport you back to your childhood," is the promise.

This is a narrative puzzle and coming-of-age story. A journey through the character's emotions and insecurities of high school have to be overcome in order to create safe pathways but always overcoming obstacles.

Apple to Begin Accepting Orders for Mac Pro This Week