On Thursday, Apple became the first US company to ever reach a $1 trillion worth when its shares climbed past $207.05, even reaching a new all-time high of $208.38. The record-breaking shares came after the firm announced impressive earnings that beat even optimistic forecasts.

In the firm's posted financial results for the fiscal 2018 third quarter, Apple revealed a 17% increased quarterly revenue from last year of $53.3 billion and 40% higher quarterly earnings per diluted share of $2.34.

“We’re thrilled to report Apple’s best June quarter ever, and our fourth consecutive quarter of double-digit revenue growth,” said Tim Cook, Apple’s CEO in the firm's statement. “Our Q3 results were driven by continued strong sales of iPhone, Services and Wearables, and we are very excited about the products and services in our pipeline.”

In addition, the firm announced a very promising outlook for its fiscal 2018 fourth quarter. The company estimated a healthy revenue stream of between $60 billion and $62 billion with low operating costs of just $7.95 billion to $8.05 billion.

“Our strong business performance drove revenue growth in each of our geographic segments, net income of $11.5 billion, and operating cash flow of $14.5 billion,” said Luca Maestri, Apple’s CFO. “We returned almost $25 billion to investors through our capital return programme during the quarter, including $20 billion in share repurchases.”

Apple's previous quarter was equally bullish with Cook reporting the firm's "best March quarter ever." The Company boasted a revenue of $61.1 billion, a 15% increase from the year-ago quarter.

Cook attributed the profitable results to "strong revenue growth in iPhone, Services and Wearables" witnessed "in all of our geographic segments." The executive claimed divisions in Greater China and Japan saw an over 20% rise.

The firm also confirmed it would be in a position to execute the previous $210 billion share repurchase authorization during the following fiscal quarter. “Our business performed extremely well during the March quarter, as we grew earnings per share by 30 percent and generated over $15 billion in operating cash flow,” said Maestri in the firm's statement. 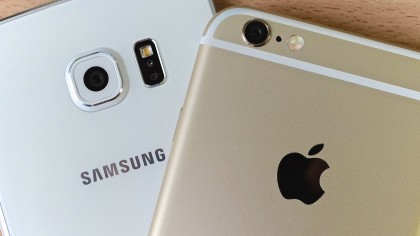 “With the greater flexibility we now have from access to our global cash, we can more efficiently invest in our US operations and work toward a more optimal capital structure. Given our confidence in Apple’s future, we are very happy to announce that our Board has approved a new $100 billion share repurchase authorization and a 16 percent increase in our quarterly dividend," he added.

Apple's new record worth proves an incredible turnaround from the brink of bankruptcy the firm found itself only two decades ago. The company owes its success to a number of new and novel products that not only revolutionized the technology industry but, in many ways, changed the entire world.

Spanish Company Will Send Tourists To Space On Helium Balloons