In an interview with Bloomberg Canada, Steve Wozniak said that he believes "Tesla is on the best direction right now," and that they are likely to create the next big tech idea.

Steve Wozniak, of course, co-founded Apple Computers with Steve Jobs. While still being a shareholder and technically an employee of the company, Wozniak has pursued many other ventures since founding Apple.

His most recent interview with Bloomberg Canada revealed just what he thinks about technological innovation and why the giants of Silicon Valley may not be poised to make the next breakthroughs.

"Look at the companies like Google and Facebook and Apple and Microsoft that changed the world – and Tesla included. They usually came from young people. They didn't spring out of big businesses," says Wozniak. This statement reveals his methodology behind innovation. In essence, it seems that Wozniak believes that larger companies stifle groundbreaking innovation by nature. Rather, that the riskiest and most impactful innovations come from smaller companies that are willing to take risks.

Even though Tesla isn't a small company anymore, Wozniak believes "they've put an awful lot of effort into very risky things." While these risky things may not all pan out, it seems that the Apple co-founder thinks Elon Musk's innovative ideas might just make Tesla an even greater catalyst for a future technology boom. 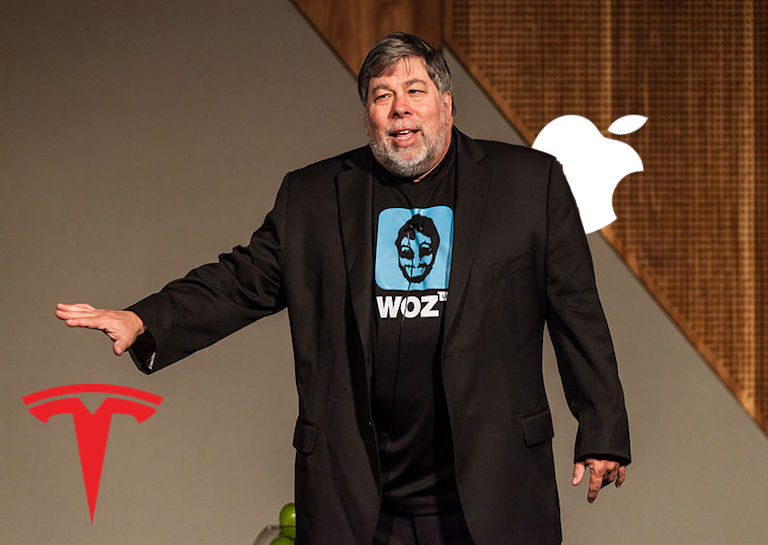 Wozniak continued discussing his opinions on Tesla by pointing out the following, "They started with a car -- the Tesla Model S -- that made little sense in engineering terms in how much you have to build for what price and what the market will be." It succeeded because "it fit one person's ideal of this will be the most beautiful, you know, a very beautiful, elegant and simple device to use."

While many believe that Tesla is on the right track towards innovation, the fact that a statement of this magnitude came from a current employee of Apple, not to mention it's co-founder, makes it even more significant.

As Silicon Valley continues to peak in just what is accomplished in the companies there, many are left wondering if innovation can continue to be cultivated in such a corporate environment. The initial stigma around the Valley and the technology boom of the 1990s and early 2000s was one of risk and innovation. While innovation and some risk still persist in the business models of big companies of the area, many aren't seeing the strides coming out of Silicon Valley just like they used to.

Both Apple (AAPL) and Tesla's (TSLA) stocks continue to rise this year with each having gained 56.23% and 51.83% over the last 12 month period respectively. Since Steve Wozniak made this statement, Tesla's stock value has raised 4.1% and Apple's has declined .7%. It is unclear whether the Apple co-founder's opinion has had any effect on those changes in valuation.

SEE ALSO: Top 8 of the Most Popular Engineers in History