Apple recently owned up about its practice of slowing down older iPhones after being exposed by another publication's data.

Apple just got caught red-handed doing something that all Apple fans had long suspected: the company has been stifling the performance of older iPhones.

So it's true Apple intentionally slow down old iPhones. Proof: My iPhone 6 was bought 3years ago and recently got really slow. APP 'CPU DasherX' shows iPhone CPU is under clocked running at 600MHz. After a iPhone battery replacement. CPU speed resumed to factory setting 1400MHz. pic.twitter.com/pML3y0Jkp2

Apple claims the reasoning is because it was to prevent older phones suddenly shutting down due to inexplicable issues. The company disputes any statements that the sluggish iPhone activity correlated with a new iPhone release. In a statement to the Verge, the company laid out their reasoning:

"Our goal is to deliver the best experience for customers, which includes overall performance and prolonging the life of their devices. Lithium-ion batteries become less capable of supplying peak current demands when in cold conditions, have a low battery charge or as they age over time, which can result in the device unexpectedly shutting down to protect its electronic components.

Last year we released a feature for iPhone 6, iPhone 6s and iPhone SE to smooth out the instantaneous peaks only when needed to prevent the device from unexpectedly shutting down during these conditions. We’ve now extended that feature to iPhone 7 with iOS 11.2, and plan to add support for other products in the future."

Apple says it's taking on the issue of older lithium-ion batteries that sometimes fail phones. Those batteries might not be able to avoid unexpected shutdowns, the company says, so it's just doing users a favor. 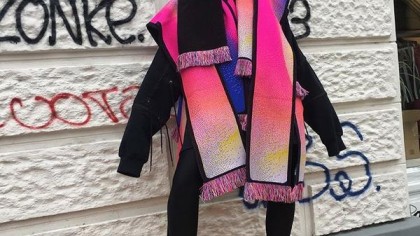 However, that reasoning is not sitting over well with even some of Apple's most devoted fans. Several Reddit users noted that simply replacing their batteries, performance was restored at near-new status. Other Reddit users have noticed that there's a distinct mentality shift in thinking you have to upgrade your phone compared to simply upgrading your battery.

The admission doesn't come from any sort of secretive leak or hacked information breach. GeekBench released charts based on data they gathered by studying older iPhones and noticing that they don't perform as quickly when compared to actual launch.

This new data pushed the tech giant to confess to the issues acknowledged by GeekBench.

The reputation damage from secretly slowing down old iPhones, regardless of the reason, will likely linger for a decade.

In frustration, one Twitter user expressed the frustration that many Apple supporters have had for years:

I don't think you realize how die-hard Apple fans/supporters are. I've read nothing but replies indicating how great this is for consumers, and how other phone manufacturers are in the wrong for not doing the same. To a certain population, Apple can do no wrong.

This frustration, drawing enormous consumer ire and frustration can be pinned on no one but Apple themselves.