Apple has posted a secret job ad looking for a “talented engineer” on a hidden website. The successful candidate will be working on critical infrastructure for the company’s ecosystem. The secret posting was discovered by ZDNet’s Zach Whittaker.

Cool. If you find this hidden Apple page, you're offered a job! pic.twitter.com/IgEpReKUS3

The job ad outlines the importance of the role and the type of employee Apple is hunting for. The task ahead seems like a pretty big deal, the lucky engineer will reportedly be working on building infrastructure that will deal with millions of drives, tens of thousands of servers, and Exabytes of data.

Apple normally advertises their jobs on their careers page and it isn't clear why they went to the trouble of hiding this particular role.

Having Apple on your resume is no easy task. While the company now has more than 100,000 employees, getting a job is still really competitive. Past employees of Apple suggest that being genuine about your motivations and experience is key. The Human Resources staff at the company will spot a fake a mile off. But after that, you’ll need to rely on your experience and charm. Apple is an equal-opportunity employer with a good track record of looking after employees.

If you are lucky enough to be in California then you’ll get the chance to work at the soon to be completed Apple Park. The new multibillion-dollar campus will host the circle shaped offices amidst a massive parkland home to more than 9000 trees. 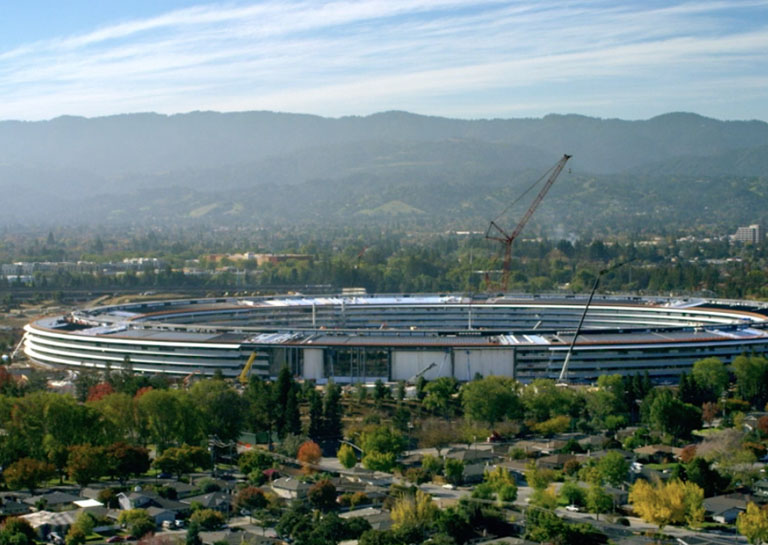 Employees have been occupying the spaceship-like building since April, but it's will take more than six months to settle in the 12,000 employees who will work there.

Apple design chief Jony Ive told the Wall Street Journal that his team would move to the new campus in the Autumn as one of the last groups to take over their new space.

The campus was the brainchild of the late Steve Jobs who had a vision of an office with no corners. He described the building saying,

"It's got a gorgeous courtyard in the middle, and a lot more. It's a circle, so it's curved all the way round. This is not the cheapest way to build something. Every pane of glass in the main building will be curved. We have a shot, at building the best office building in the world. I really do think that architecture students will come here to see it."

The 175-acre site will have the feel of a nature reserve and include cafes and Apple Store. The project has cost the company more than 4 billion dollars. The land for the campus was purchased off Hewlett Packard for 160 million.

The ambitious project hasn’t been without its critics. Shareholders of the company have labeled the building ‘excessive’. It was also reported that employees who occupied the building early have complained about the open plan design.

But to try out the office for yourself, you’ll first have to find the job ad.