Apple has released a statement explaining why they deliberately slowed down the performance of some of its products that contain aging batteries. More than eight lawsuits have been filed against the company in response.

Apple has apologized to its customers for introducing a feature to the iPhone 6, 6S, 7 and SE, without users consent that helps the phone adjust to its aging batteries. In a statement released on the Apple website the smartphone, giant says, “We’ve been hearing feedback from our customers about the way we handle performance for iPhones with older batteries and how we have communicated that process. We know that some of you feel Apple has let you down. We apologize.”

"We know that some of you feel Apple has let you down. We apologize.”

Apple has admitted it introduced a surreptitious feature that would slow down a phone's performance when its battery was cold, old or low on charge to prevent abrupt shutdowns. Apple’s statement explained to its mostly loyal followers how aging lithium batteries begin to deliver power unevenly that could lead to unexpected shutdowns of the phone putting the phone's delicate circuitry at risk. “A chemically aged battery also becomes less capable of delivering peak energy loads, especially in a low state of charge, which may result in a device unexpectedly shutting itself down in some situations," the Apple statement explains. "It should go without saying that we think sudden, unexpected shutdowns are unacceptable”, the statement continues.

Speed issues were a widely discussed topic on Reddit with users noting that the slow processing returned to normal after the battery was replaced. The mystery was solved by benchmarking firm Primate Labs who performed an analysis of performance data which made clear the artificial inhibition of the iPhone’s performance. It is thought once this information became public, Apple was forced to make their admission. The apology has not been enough for some. There have been at least eight class-action lawsuits filed against the company in the US in relation to the deliberate slowing of devices. 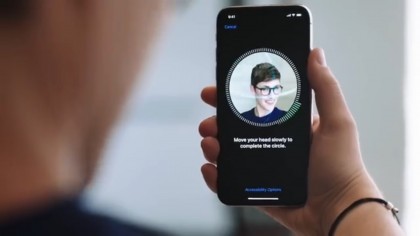 “Apple purposely and knowingly released operating system software updates to iPhone 5, iPhone 6 and certain iPhone 7 phones that slowed the performance speeds of the central processing units (‘CPUs’) of these devices,” said plaintiffs filing in the Northern District of the State of Illinois. “Apple’s software updates purposely slowed or ‘throttled down’ the performance speeds of iPhone 5, iPhone 6, certain iPhone 7 phones and as yet unknown versions of iPhones because operating system software updates wreaked havoc on batteries within these model devices. Two of the plaintiffs Stefan Bogdanovich and Dakota Speas claim Apple’s deliberate system change to their phones caused “economic damages and other harm for which they are entitled to compensation”.

In an effort to regain some trust and respect from its consumers Apple announced in the same apology statement that it would be slashing the price of iPhone battery replacements. A battery placement would now cost $29 down from $79. It also promised that an iOS software update would come in early 2018 that would allow phone users to have better access to data about the health of the battery of their devices.

Via: Apple, The Guardian