The next generation of the industry leading music listening device is here.

You can now talk to Siri via the next generation Apple AirPods. You’ll be able to change songs, make calls and adjust volume, even ask for directions just by asking Siri.

All you need to do is say “Hey Siri” and hope there aren’t any IRL Siri’s in the vicinity. In addition to the new Siri feature, the next generation AirPods have a specially-designed H1 chip which will provide faster connection times and more talk time.

SEE ALSO: APPLE WRITER – THE BEACON OF INNOVATION IN THE 1970S

The new wireless earbuds now come with the options of buying two different cars. The standard case or the new Wireless Charging Case can be charged wirelessly with Qi-compatible charging solutions. Both cases provide enough power for 24 hours of listening.

The AirPods with a standard charging case are priced at $159 USD, while AirPods with the Wireless Charging Case will retail for $199 USD. The standalone wireless case is set to retail for $79. If you need to make your listening experience just a little more personalized.

Music fans can add an engraving to the cases and AirPods for free during check out. Orders via the Apple web store are open now, and the second generation AirPods will release in stores next week.

This the latest new product release this month, coming after the launch of the new Apple iPad mini and iPad Air. Apple is rumored to launch a video content streaming service on March 25. Apple AirPods and other wireless headphones use Bluetooth to connect their mother device.

Bluetooth technology has been around for a long time, but it's only in recent years that the chip technology got good enough to make it really useful. Last year Qualcomm announced it had solved two of the major problems with wireless headphones with the development of a new chip. 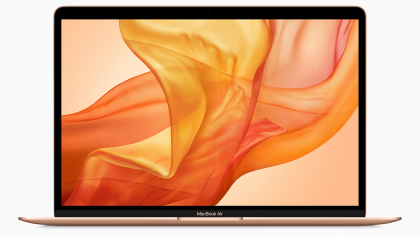 “It’s a big step forward in the hearable category,” he told online media. Besides tackling these two most commonly annoying problems, the chip also has double the processing capability of Qualcomm’s previous technology. This boost in power opens doors to headphone designers to integrate beefier noise canceling and hearing assistance into future models.

It could open the possibilities to smart features like headphones being able to detect when train or airport announcement is being made. “We see this as becoming a general requirement,” Murray said.

As chip technology continues to exponentially improve the use of Bluetooth and wireless IoT technology will soar alongside it.

Apple Awards Hacker $100,000 for Discovering 'Sign in with Apple' Vulnerability