According to recent news reports, Apple will grant third-party app developers access to over 50 unique facial data features. This won't be the same data as the company's FaceID, Apple noted.

Just months after winning safety awards from security experts, Apple announced the data gathered by its facial recognition software will make its way to third-party app developers. Reuters reported that Apple will allow developers to take certain elements of facial data from the app, provided that the company adhere to Apple's stringent customer permission policy.

And according to experts, it's not the issues around the technology itself that should have people worried. It's that over 50 elements of your facial features can be up for grabs by third-party developers.

"The privacy issues around of the use of very sophisticated facial recognition technology for unlocking the phone have been overblown," said Jay Stanley, a senior policy analyst with the American Civil Liberties Union, in an interview with Reuters. "The real privacy issues have to do with the access by third-party developers."

Since the iPhone X released this week, thousands of videos popped up testing the security of the phone's facial recognition software. Apple explained during the product launch of the iPhone X that the facial security was nearly four times safer than their current fingerprint unlocking feature. The facial recognition hardware also allowed Apple to remove the home button from their phones in a similar way that Samsung did with their most recent smartphones.

It is important to note that under Apple's contract with third-party apps, outside developers will not have access to the same representation of data that Apple uses to unlock the phone with Face ID. 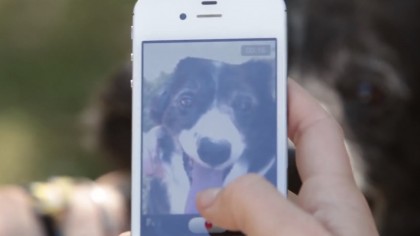 However, they will have access to a map of a user's face as part of the True Depth camera and over 50 facial expressions to tell a developer more about how your face moves. Apple has already partnered with one company to showcase this technology -- Snapchat. Apple debuted Snapchat's iPhone X-specific features during its unveiling of the iPhone X.

Moreso, Reuters noted that Apple restricts data usage extensively. Facial data cannot be used for advertising or marketing purposes, and it also cannot be sold to outside analytics companies or data brokers. App developers have to "obtain clear and conspicuous consent" from users before collecting that data. Which means if you have fears of your data being taken by a third-party app, it might be time to start actually reading those fine-print terms and conditions.

Security experts also pointed out that Apple bans creating profiles that shield a person's identity in accordance with its development agreement.

“The bottom line is, Apple is trying to make this a user experience addition to the iPhone X, and not an advertising addition,” said Clare Garvie, an associate with the Center on Privacy & Technology at Georgetown University Law Center in Washington, to Reuters.

Apple continues to promote its high-security standards, and the company has done so since the introduction of the TouchID. The company could also review all apps extensively for such proposed usaeg before they hit the App Store as an extra line of defense.

Facial recognition software itself is becoming more ubiquitous in society -- even theme parks. Currently, Universal Studios Orlando is turning to facial recognition for their Express pass program rather than traditional card scanning.