Apple has been in the middle of a public relations and customer product crisis for the last week, as the number of customer complaints about swelling batteries has been on the rise.

Apple has been investigating a series of growing complaints in the last week about battery problems with its iPhone 8. The swelling battery issue, which first appeared in Taiwan, has been popping up in a string of other countries as well. Greece, Canada, Japan and China are also countries among the list, with a total number of six reported cases.

What customers have been experiencing, essentially, is receiving a new iPhone 8 that either shows up split apart or becomes this way within days of starting to use them. The company has been acting quickly to put out fires and address the problem, providing information to customers about how to deal with the issue in the safest manner.

As the incidents are fairly new—the first time Apple was informed was a little more than a week ago on September 29th —there may not be up-to-date information about the complete number of complaints, or more importantly, which ones are valid. The good news is that only damaged phones have been reported, not fires (or explosions).

Customers are being told that to avoid the risk of the lithium battery bursting into flames by quickly removing and transferring it to a safe place. Beyond this, Apple has been conservative in its response: “We are aware and looking into it,” and has been quick to reassure its customers that these are merely isolated incidents.

Moreover, the company would like to distance itself from comparisons to companies like Samsung's Galaxy and its infamous Note 7 battery crisis. Managing Director of Cairn Energy Research Advisors Sam Jaffe said in a statement about the recent reports: 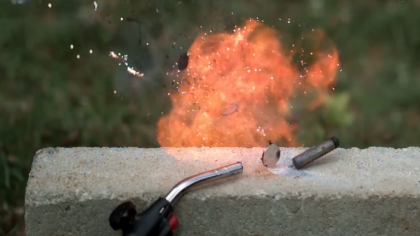 The Danger that Lurks Beneath your Pillow: Lithium Batteries

"Swelling is always a precursor when there is a battery fire, but the percentage of actual fires are pretty rare,” adding optimistically, "In the Galaxy Note case, there were probably a couple hundred battery failures of one sort or another, but there were only a handful of fires — so that gives you a sense of the proportion of actual fires."

Cause for Greater Worry?

Perhaps this is also symbolic of larger issues surrounding mineral resources. There are fears of a shortage in the industry, combined with rising prices for the valuable mineral which is used in a broad spectrum of industries due to its diverse applications.

While Elon Musk refers to the capital required for securing lithium to meet customer demands versus overall product costs as “the salt on the salad,” Canaccord Genuity Analyst Reg Spencer sees parallels with iron ore supplies: “It took many years for [the iron ore] supply to catch up with demand — this will be the case in battery materials if capital is not available to develop new projects,”

Experts cannot agree on whether or not the lithium shortage concerns are well-founded, which perhaps is more about not disturbing customer loyalty rather than making statements about the true nature of the problem.