Details about the much awaited MacBook mini and a new MacBook Air with macOS Mojave were shared today.

With the advent of social media as well as integrated technology into our communication devices, industry leaders have realized the benefit of embracing fresh approaches to promoting the company as well as emerging products.

Still, among the major tech players, Apple reigns as the titan of teasers: the company can announce a new product, or even a new product iteration, with a heightened sense of drama, from its future plans to phase out Intel processors in place of its own, or the energy generation plans for its facilities.

For this reason, many have been awaiting the Apple Special Event which broadcast live today from New York City. The company chose an interesting venue as well: the Brooklyn Academy of Music’s Howard Gilman Opera House.

The event began with Apple CEO Tim Cook discussing the important link between MACs and music, highlighting the innovative changes to their laptops over the years which evolved into the minimalist MacBook Air.

First was a presentation of the fully enhanced MacBook Air by Apple Senior Product Manager Laura Metz. After highlighting the macOS Mojave with its over 4 million pixels, she laid out the impressive range of specs for the new MacBook Air:

--> The TouchID feature is fully enhanced.

--> The laptop will have a forced touch trackpad, which offers 20% greater surface area and haptic feedback, providing a finer level of control.

--> The T2 security chip inside that software is not tampered with, and provides what Apple is calling the most advanced security.

Beyond this, the Metz also mentioned the speed capabilities of the new laptop and its ability to achieve 17x faster graphics, and it's being equipped with up to 16GB of faster memory. 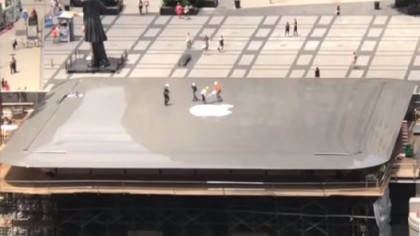 The most impressive part is that it does all this, yet is lighter (at 1.25 kg) and thinner (only 10.6 mm) than any other laptop designed. Also equally important was the ramping up of sustainability efforts of Apple. They announced that an aluminum alloy would be used for making the laptops, in addition to recycled tin. Metz guaranteed that starting with this laptop, the unibody enclosure would be made from 100% recycled aluminum from a process involving taking aluminum and “re-engineering [it] down to the atomic level”.

It starts at 1199USD, the lowest starting price for any Apple laptop offered in the past.

Details about the MacBook mini were also shared by senior director of Mac hardware product marketing, Tom Boger. It will offer the same environmentally-friendly benefits and features like the T2 security chip and backlit keyboard as the new MacBook Air, but the impressive internal hardware is where it sets itself apart:

--> 6 cores processor, which is 5x faster than before

--> A quiet thermal system with twice the cooling capacity

Boger ended the dynamic talk by emphasizing that the company "can’t wait to get the product into the hands of all those customers out there who are passionate about the MacBook mini."

Both products can be ordered today, and will be available next week.