The Xs also has an upgraded impressive camera while the Xs Max sports the biggest battery ever put in an Apple phone.

In a much-awaited and live-streamed event at its Cupertino, California, headquarters on Wednesday, September 12, Apple revealed several new albeit familiar products.

Among these were the firm's iPhone Xs and Xs Max.

Rise and shine! We’re ready for a big day at Apple Park! pic.twitter.com/6A1OD3wGxU

Both models were elegantly designed with vibrant colors and what seemed to be a very user-friendly feel. Both also came with impressive upgrades including dual SIM capability that allows for two phone numbers to be present at the same time on the same device.

The new iPhone Xs is also water-resistant. And although it still has a 5.8-inch OLED screen, it now sports a new faster processor with added storage space of up to 512 GB, and 30 more minutes of battery life.

It also features a powerful screen display pinned on a savvy gold casing. Nobody ever accused Apple of not being smooth!

It's the Xs' camera, however, that really stole the show. Showcasing a dual-camera system, true-tone flash, and novel bigger and deeper pixel sensors, this new marvel of photography is twice as fast as its predecessor and features ideal portrait quality capabilities. 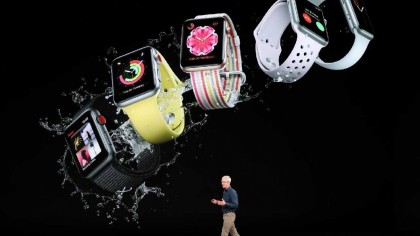 As if that weren't enough, Apple also revealed its biggest handset ever; the iPhone Xs Max. And the firm was not joking when they said the device is the largest to date.

A massive 6.5-inch OLED screen adorns this beauty and it runs on the biggest battery Apple has ever put in a phone. This increased size also means the battery can run up to an hour and a half longer.

These Gaming Accessories and DIY Kits Are All on Sale Today

These 10 Wireless Chargers Are All on Sale Today