Reports surfaced from popular Apple news site 9to5Mac claiming that the new iPhone would be called the iPhone X. The name takes inspiration from the device's decade of popularity.

By  Shelby Rogers
Sep 11, 2017
The iPhone 7 will get a slight upgrade given product leaks thus far.  Kārlis Dambrāns/Wikipedia

The latest iPhone shall be dubbed (drum roll) the iPhone X, according to a recent leak.

Apple news website 9to5Mac reported the name of the new phone. They also mentioned two other phones would be called the significantly more boring iPhone 8 and iPhone 8 Plus.

This particular launch will mark a decade for the iPhone. Apple's smartphones have been the company's most popular seller, and it's now looking to reinvest and possibly reinvent its beloved iPhone. The iPhone X model will be the one making headlines. It's rumored to lack the traditional home button. Rather, a series of movements will unlock and control the phone. There will also be a high-def 5.8 inch OLED display, 3D sensors, and an earpiece.

The really big feature in question is whether the iPhone X will include the biometrics authentication system. The software called Face ID can determine whether a user is looking at the display. A similar feature will be embedded into the Messaging app. Animoji uses 3D technology to make emojis that accurately depict the user's expression -- just in case you didn't think there were enough emojis already out there.

The most surprising element to the whole leak is that it happened at all. An internal briefing from Apple made headlines over the summer as it showed exactly how far the company would go to prevent leaks. The Outline noted that "according to the hour-long presentation, Apple’s Global Security team employs an undisclosed number of investigators around the world to prevent information from reaching competitors, counterfeiters, and the press, as well as hunt down the source when leaks do occur. Some of these investigators have previously worked at U.S. intelligence agencies like the National Security Agency (NSA), law enforcement agencies like the FBI and the U.S. Secret Service, and in the U.S. military."

Clearly, something is still not quite working with security.

"Someone within Apple leaked the list of URLs to 9to5Mac and MacRumors," wrote John Gruber of Daring Fireball, a blog dedicated to Apple and Mac commentary. “I’m nearly certain this wasn’t a mistake, but rather a deliberate malicious act by a rogue Apple employee. Whoever did this is the least-popular person in Cupertino. More surprises were spoiled by this leak than any leak in Apple history."

That frustrating person, for now, can be pegged as developer Steve Troughton Smith, a man whose name is the only one attached to these leaks with significant product knowledge.

And he continues to tweet more details the closer it gets to product release. 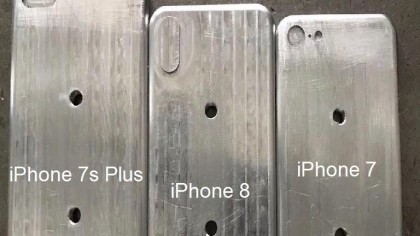 Displaying from a New Stage

The most important pieces to the launch will be held in the Apple Park in Cupertino, California. Hopefully, those do not get spoiled in the next couple of days. Many regard Apple Park as Steve Job's last big vision for the company before he died. The particular product presentation (yet to be leaked) will happen in the Steve Jobs Theater to serve as a fitting reminder of everything he did for the company. In June, the Wall Street Journal Interviewed chief designer Jony Ive about the new setting.

“That feels, I don’t know, encouragingly healthy, because I would be concerned if we lost that sense of anxiety,” he said. “I think that would suggest that we were not as self-critical, not as curious, not as inquisitive as we have to be to be able to be effective and do good work.”

5,000 Music-Lovers Attend Pilot Concert in the Name of Science