As 2017 marks the first decade anniversary of Apple's iPhone, plenty of predictions and anticipations have been expressed by tech gurus and avid fans with regards to the new flagship Apple will unveil this September. And the agonizing wait is nearly over. But before the actual smartphone is unveiled, its advent has seen a number of leaks and consequently assumptions as to what the iPhone 8 will feature. Here are some of the important features that have been confirmed by savvy developers through Twitter. 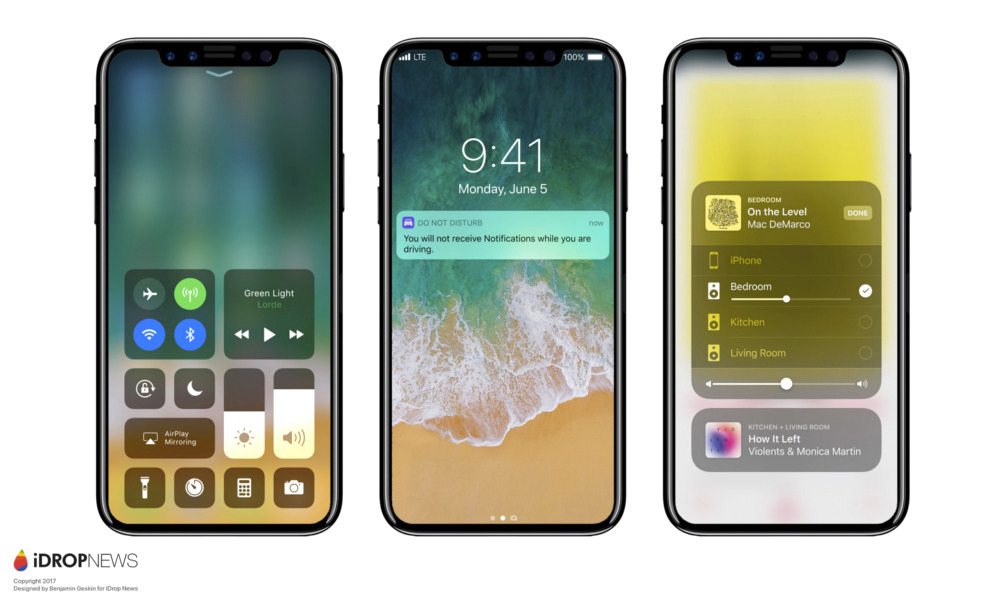 So, which of these iPhone 8 leaks have some potential truths to them? From a leaked beta software for a different Apple product, an iOS developer, Guilherme Rambo, was able to proclaim that the long-running rumor regarding iPhone 8's facial recognition feature is actually true. Another savvy developer, Steve Stroughton-Smith, have also discovered a number of Apple software leaks that reveal a few new Apple features that

Rambo confirmed via Twitter that the new iPhone 8 will feature a FaceID Apple Pay. This feature can be attributed to Apple's facial recognition system known as Pearl that is currently under development. Although the "pearl.field-detect" and "pearl.pre-arm" are lines from the leaked HomePod smart speaker, it does infer that Apple is in possession of a  facial recognition technology and as Rambo puts it, "it will be used for everything except for payments".

The two developers were also capable of detecting a new iPhone 8 feature known as a SmartCam system. The new technology holds the ability to finely tune camera settings according to the background scene it is exposed to. Amongst the scenes mentioned on the leaked code are "document", "fireworks", "foliage", "pet", "point light sources", "sky", "snow", "sport", "sun rise and sun set", and "baby".

iOS 11 (or the next iPhone) will have something called SmartCam. It will tune camera settings based on the scene it detects pic.twitter.com/7duyvh5Ecj

There are little tidbits in the OS suggesting upcoming iPhone will have a 3x screen at 1125x2436. Hard to gauge what that will mean for devs pic.twitter.com/SK8QjOAfDt

Stroughton-Smith's edge-to-edge screen proclamation was also backed by Rambo by tweeting a photo of a bezel-less iPhone screen. Do not be fooled by the line-weight on the drawing though as the two developers pointed out that the edging had to be rendered heavily otherwise the screen will be invisible.

I can confirm reports that HomePod’s firmware reveals the existence of upcoming iPhone’s infra-red face unlock in BiometricKit and elsewhere pic.twitter.com/yLsgCx7OTZ

With the release of Apple's ARkit from this year's WWDC, it's been predicted that Apple will be the largest augmented reality platform for developers to create apps from the tool. And some are predicting that augmented reality photography can be expected from the new Apple hardware that will be released in the future.

It was mentioned that September is the anticipated month for when the new Apple flagship will be unveiled. However, tech analysts are slightly skeptical of this predicted time as the OLED technology of the new iPhone 8 may still be unstable. An end of the year unveiling date, more or less near Christmas, has been proposed by some close iPhone followers. We wouldn't hold our breath on it but we will certainly keep you updated once we find out more iPhone 8 details.