The discovery of a goldsmith’s tomb in Luxor at the cemetery of Dra' Abu el-Naga is part of a larger excavation project that has led to the unearthing of dozens of artifacts.

A 3,500-year-old tomb originally built for a goldsmith named Amenemhat and his wife has been discovered at the cemetery of Dra' Abu el-Naga in Luxor. The information about the discovery came from the Ministry of State of Antiquities, the organization set up by the Egyptian government to preserve and protect historical artifacts in the country.

Although the team of archaeologists reported that most of the artifacts found were those which they typically find from this period—a number of mummies, wooden coffins, small statues and skeletal remains as well as pottery and jewelry—there was one very distinct difference. Analysis of the hieroglyphics inscriptions written inside of the tomb reveals that the name of Amenemhat’s wife was Amenhotep, a name that is usually given to men in this era.

Just a few months back in April, multiple tombs were unearthed at the same site in Luxor—where the cemetery complex referred to Dra’ Abu el-Naga is located—was unearthed. Forensic evidence revealed that the remains dated back to the Egyptian New Kingdom period from 1550-1070 B.C. and presumably the tomb of Amenemhat is from the start of the same period. This is also the same dynasty which included Akhenaten as well as his wife Nefertiti and son Tutankhamun. 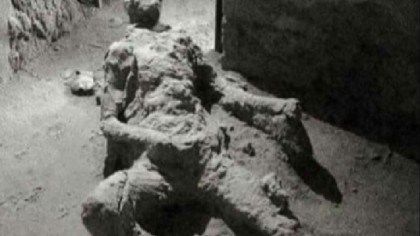 Luxor sits on the east banks of the Valley of Kings, just opposite the city of Thebes which existed during ancient times. Most important for researchers, for a period of about 500 years until around 1000 B.C., this area was the main burial site for pharaohs and noblemen. For this reason alone, excavations are sure to uncover a dazzling amount of burial sites. On the possibility of future excavations, former Minister of Antiquities Zahi Hawass said, “Modern Egypt is built on top of ancient Egypt…Sometimes you excavate in your courtyard like in Aswan or Heliopolis and find monuments. Until now we’ve only found 30 percent of the Egyptian monuments; 70 percent is still buried.”

A Case for Tourism

There are many who would argue that the public’s fascination with the ancient past of Egypt and the seemingly endless number of artifacts which are being uncovered is the main impetus driving tourism in the country, which in turn is arguably the largest industry of the North African country. One look at the announcements of the discovery ancient sites made by the present and past Ministers of Antiquity reveal that they are as much, if not more, intended for the international community as for the people of Egypt. With each discovery comes that the hope patching up a hole in the sinking ship of tourism. This seems a win-win for locals and tourists, but there are some downsides as well.

The discovered artifacts and excavated sites must be given the highest priority for protection. As more sites are found, the balance between economic realities and historical preservation —which Egypt has done well in maintaining—will need to continue.