The ancient Egyptians kept immaculate records and the latest proof is the discovery of a tomb in Luxor that's more than 3,500 years old.

Although Egypt is a relatively small country, ranking about 30th in size among the world's nations, it seems to have an endless supply of ancient artifacts. (One would imagine that Egyptologist is an occupation with tons of job security).

Beyond the ongoing work on proving theories and establishing facts about the pyramids in Giza, archaeologists throughout the country continue to organize massive expeditions that often lead to them unearthing new evidence that offers clues about how the ancient Egyptian civilizations lived, even answering questions about cheese production methods.

A new archaeological dig in Egypt has turned up a tomb that the researchers involved feel dates back more than 3,500 years.

In all, two wooden sarcophagi were recovered, and most important for the team who hail from the French University of Strasbourg, each contained a mummy inside and both were in pristine condition.

A Busy Year for Egyptian Antiquities

The announcement was made yesterday by Egyptian Minister of Antiquities Khaled el Anani. The dig happened in the Assasseef valley, which is close to the city of Luxor. The findings are a part of the Tomb of Thaw InkhetIf, and according to the scientists' estimates, were created somewhere between 1550 BC and 1300 BC, the period known as the 18th Dynasty.

And according to el Anani, the find was not an easy one to make: digging at the site started back in March, and in order to find the buried archeological treasure, it was necessary to remove 300 meters of debris.

In all, this year has witnessed the announcement of more than a dozen ancient discoveries. And under el Anani's continued leadership which began 2016, according to some the work in antiquities and support for training and development for researchers will be dramatically ramped up. He began his term with a vow to "protect and preserve Egypt’s heritage."

The people of modern-day Egypt created a system of preserving records of their lives, and their values, in ways that allow them to live on for thousands of years later. If one were to make a historical record in this age of technology--it would be interesting to see which achievements would make it to the list.

And on a deeper level about continuity, how will people in the future interpret the many devices, AI-enhanced robots, and 3D-printed structures that fill our lives today? After all, having an understanding of current technology is only possible through some reference point, or in other words some explanation that begins with It's supposed to... or It was designed to... 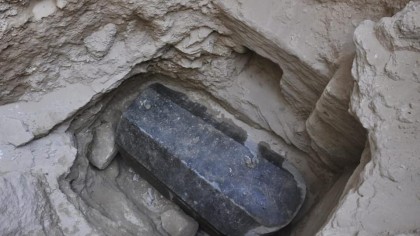 All of these innovations set out to transform the way we live our lives now, not necessarily in the future: after all, that's what the upgrade or newer version is for. Perhaps this is the only challenge of modern technology. It can satisfy present needs, but it has no strong or compelling link to the past, and in many ways, the future.

With the advent of digital photos, for instance, how many of us are having the issue of photo albums piling up, cluttering our hard drive space and our memories? This modern dilemma will continue, no doubt, as technology continues to evolve.