There are many uncovered outdoor cinema theaters in the world. Although these facilities provide romantic and pleasant stay, there’s nothing unique about them. However, some creative minds have created such theaters on platforms that float in a river that passes across a city, or anchored near a tropical beach. 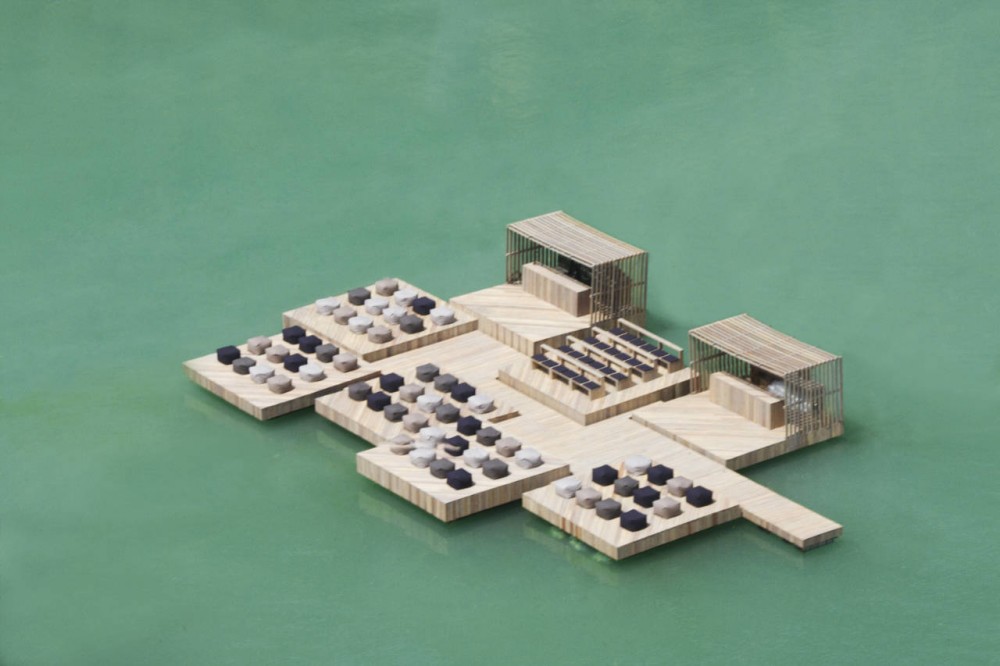 Such platform is temporarily located in the Andaman Sea, close to the island of Yao Noi. This is a private island in the marine area of Thailand. The raft was designed by the architectural bureau of Ole Scheeren. Here is what Ole Sheeren said about the project on his official website :
“The thought of watching films here seemed surprising: A screen, nestled somewhere between the rocks. And the audience… floating. Hovering above the sea, somewhere in the middle of this incredible space of the lagoon, focused on the moving images across the water. A landscape of pieces playfully joined together. A sense of temporality, randomness. Almost like drift wood. Or maybe something more architectural. Modular pieces, loosely assembled, like a group of little islands. A congregation of rafts as an auditorium. Archipelago Cinema.”

The Archipelago Cinema, as the official name of the project is, located inside a lagoon formed by the Yao Noi Island. The entrance of this lagoon is “guarded” by two rocks which rise from the bottom of the sea. These limestone rocks are exactly the base of the screen. Customers watch the projected movie from a complex of rafts anchored in the lagoon.
It is interesting that the floating platform was constructed from rafts used by the local aquaculture farmers to breed lobsters and other aquatic animals. Frames made of reclaimed wood were tied together and covered by mosquito nets. Most of the materials were recycled and rafts could be reused. So, instead of being just unique attraction, the Archipelago Cinema is also eco-friendly and non-expensive project. 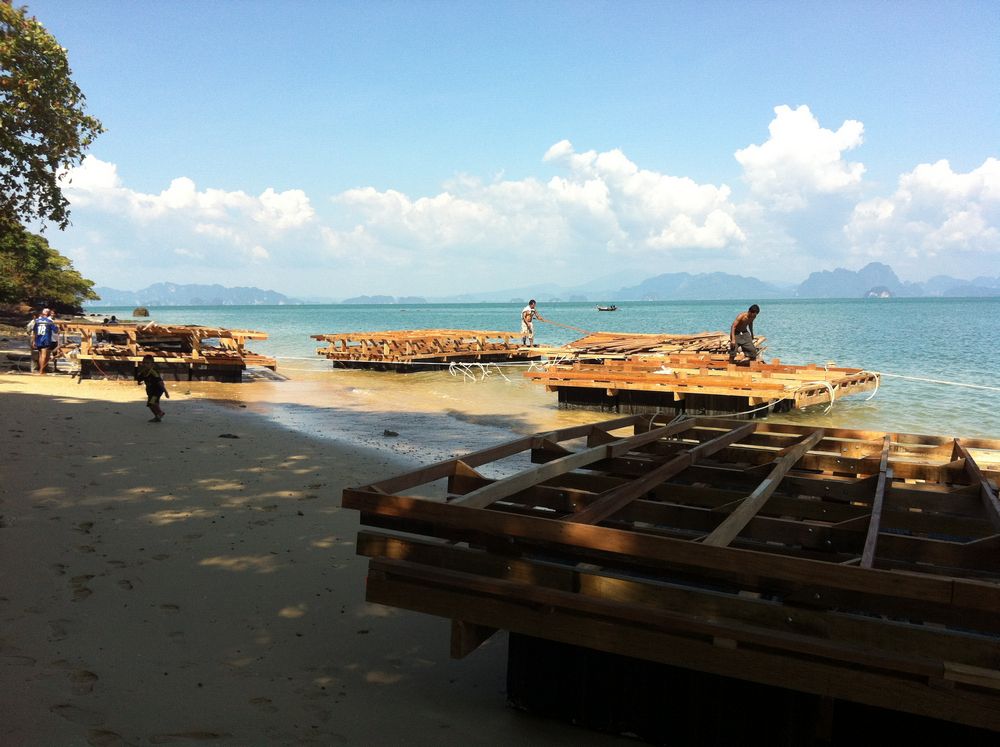 Ole Scheeren worked in cooperation with the Film on the Rocks Yao Noi Foundation. The idea of this foundation was to create unique movie festival called Film on the Rocks Yao Noi Festival. The event was organized by Chomwan Weeraworawit, owner of Six Senses Yao Noi, who invited many people of the artistic circles, such as actors, designers, writers and artists, to the festival.
There are some other projects similar to the idea of Archipelago Cinema, like the Floating Cinema in London. It was developed by UP Projects together with Duggan Morris Architects. This is in fact a redesigned floating barge supplied with projection equipment and chairs for the spectators. The difference here is that the barge is navigable moves to different location, powered by its biofuel engine.
Floating Films is an alternative of the project above. It is docked at the St. Katherine’s Dock and provides 40 seats for spectators. Before the transformation to floating theater it was regular sailing ship called SB Repertor built during the 1920s.