Are Self-Driving Cars The Future of Transportation? [Infographic]

There is no doubt self-driving cars are going to make a major impact on our lives in the coming years..

How would you like to watch a movie, catch up on emails, or take a quick nap during your morning commute? If self-driving car technology continues to grow at its current rate, that scenario will soon become a reality.

Not only are almost all major car makers investing in autonomous vehicles technology, but Forbes predicts there are more than 1700 startups determined to disrupt the car industry. An Autonomous vehicle is essentially any vehicle that can move from point to point without human conduction.

The technology already exists in many forms, but there is still some way to go before we have cities full of driverless vehicles. There are advantages and disadvantages to a world dominated by autonomous vehicles.

Some of the advantages include quieter and less polluted urban areas, thanks to the fact almost all autonomous car technology is being built for electric vehicles.

AVs also have the potential to reduce commute times if they are used in conjunction with special underground tunnels or built into a ride-sharing system.

Cities with efficient autonomous vehicle systems could also experience a reduced need for parking as AVs could cleverly drive out of cities to clusters outside of centers when they are not in use.

Autonomous cars are rated using a 5-grade scale. 1 is the least automated while a vehicle with a 5 rating is fully automated.

A grade 1 autonomous vehicle can take over some tasks normally done by a driving like steering and acceleration but everything else is under human control. An example of this might be an advanced parking assist tool.

Grade 2 is closer to an advanced cruise control that can assist with lane changes and can detect obstacles and initiate emergency braking to avoid collisions. Grade 2 car drivers are always in control of the vehicle though.

Grade 3 vehicles can drive themselves but require an alert driver at all times to take over when needed.

Grade 4 vehicles are able to drive itself without almost any human input, but a driver must be present to take over under a certain road, weather and geographical conditions.

Grade 5 AVs are fully automated and has no steering wheel or other driving controls. These vehicles can travel from point to point with no input from passengers or drivers.

Fear of the unknown runs deep

Many people have fears about self-driving cars. However, in many instances, autonomous vehicles would reduce the amount of traffic accident.

For example, there would be virtually no more accidents caused by drivers that are drunk or under the influence of drugs. However, there is some concern that programming bias could cause problems if the car has to make a decision in the event of a collision.

Transport could radically drop in price

Other brilliant advantages are that taxis and transport may become cheaper as efficient electric transportation becomes available. 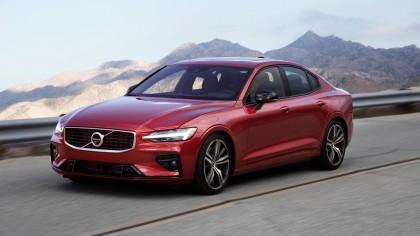 However, with this comes the downside that many transport-related jobs could potentially be lost forever. There are also concerns that IoT connected transport systems could be vulnerable to hackers.

There is no doubt the impact of autonomous vehicles is going to be huge. Almost every aspect of cities will be touched by a rise in autonomous vehicles. Just how this will look like is unknown, but AVs are definitely on their way.