Army vet creates Tankchair, a badass wheelchair for the disabled

What happens when the wife of an army vet so tragically becomes paralyzed? The Tank-Wheelchair! Army veteran, Brad Soden came up with the idea after his wife became paralysed from the waist down in 1999. He promised his wife he would build her something after she said the words, "Go on without me", but after "two years and a bunch of beers" he manufactured the Tankchair in his garage, after many engineers told him it just wasn't possible. 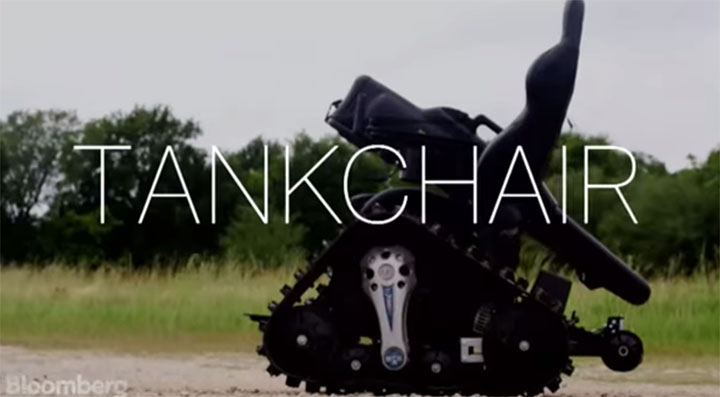 The Tankchair is equipped with 12 and a half inch wide heavy duty treads that allow for movement across all terrains, allowing his wife to still look after their farm. "Muddy field, cross it. You want to go fishing with your buddies, go fishing. If it snows, cross the snow," says Soden, who wanted to create a chair that could tackle all terrains and obstacles.

Soden has no engineering background and didn't even go to college but years of hard grafting and putting in hard work to research and development he finally came up with his solution to let the disabled live their lives as fully as they used to.

Tankchairs start at $19,500 and come customised to customer specifications, things such as reclined back support or increased braking ability. "Money doesn't drive me, it's all about the smiles on the families and those we helped." And he sticks to his word, all the revenue from chair sales goes straight back into research and development for future improvements on the chair. 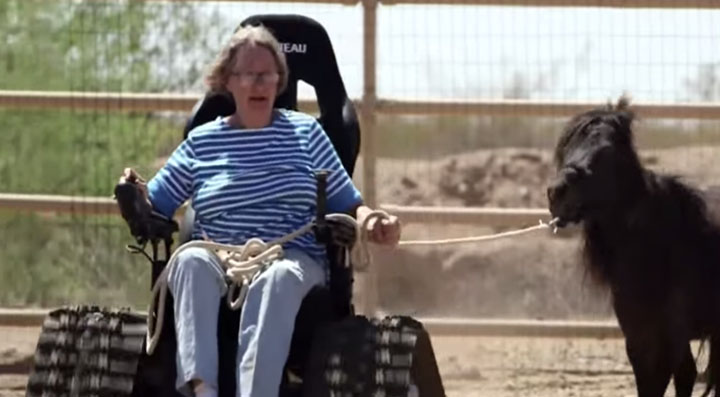 The frame is made from either steel or aluminium depending on application and is built to last 15-20 years. The two battery powered motors mean the chair can plough up a snowy hill with no problems. Muddy terrain is a breeze to the chair.

"I'm not a big rah-rah type of guy," he said in the video. "I get more pleasure watching other people have fun. You see a kid smile, or you see happiness, and the tears of it ... I can't really describe it. Man, I can't tell you. It's just really cool." 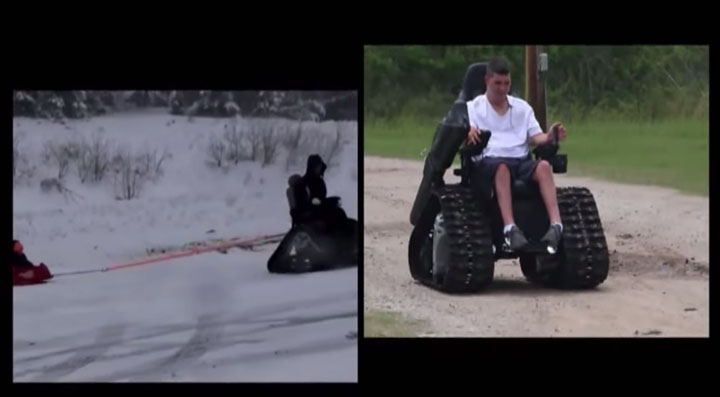