Sports teams and cryptocurrency sponsorships could be an emerging trend in the coming future. Though the cryptocurrency market has suffered over the past few weeks, plagued by plummeting prices and fraudulent revelations, cryptocurrencies are still popular across the world.

2017 was the year of the cryptocurrency, but 2018 has seen that phenomenal bullish rise of the cryptocurrency market slow down tremendously. This slow down and massive loss of value have triggered even more skepticism towards virtual currencies. Businesses, governments, and exchanges are encouraging stricter regulations of cryptos, even banning them in some in countries.

This changing opinion on cryptocurrencies has not slowed the CashBet (CashBet Coin) and Arsenal partnership. Though the amount of the deal has not been fully released to the public, the amount is said to be in the millions, marking the first time a global sports team has partnered with a cryptocurrency company. Arsenal's Chief Commerical Officer shared his thoughts about the partnership stating, "We are pleased to welcome CashBet Coin as our partner. We are looking forward to working with CashBet Coin as they launch their new cryptocurrency." 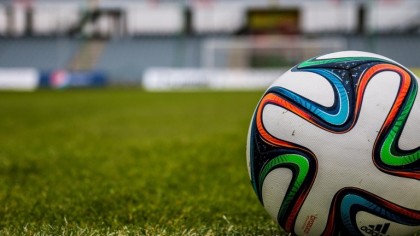 The California based company CashBet is a gaming company that sells software that helps gaming companies accept bets using cryptocurrencies. According to the team CashBet, "...is a profitable, mobile-first iGaming platform for real money, social, and skill-based gaming. Using our vertically-integrated platform, CashBet provides player segmentation, player management, bonusing, campaign management, eWallet and geo-verification features to enhance or enable a profitable operation from day one."

The partnership will allow CashBet to advertise at Arsenal's 60,000 seat Emirates stadium, promoting the company's upcoming ICO. The crypto gaming company plans to raise between $40m and $70m from the sale of CashBet Coin tokens during its ICO. The initial price of the cryptocurrency will be priced at 50 cents with the aim to encourage interested investors to use the coin on CashBet's phone gambling apps.

Via: CashBet, The Guardian