Artificial Intelligence Will Let Your Time Become Yours Again

LG's CES 2019 Keynote was all about making AI work in your everyday life.

Last night, LG gave their Keynote Address of CES 2019, presented by LG’s President and Chief Technology Officer, IP Park. The focus of the Keynote was on AI and how it can be put to use making your life better by taking over the time-consuming day to day task.

Other speakers were invited onstage during the address to flesh out the theme of the Keynote. Peter Diamandis, MD, Founder and Executive Chairman of XPRIZE Foundation, was the first guest to speak and he spoke about how with all the horrible things in the news, there has never been a better time to be alive in human history.

Never a Better Time to be a Human

Conflicts are down, life expectancy is way up, and extreme poverty is rapidly declining. In the next few years, artificial intelligence is expected to accelerate this trend exponentially, adding as many as 20-30 years onto all of our lives in the next couple of decades.

The benefits to health and productivity are also heightened. During the past 100 years, humanity’s physical labor has slowly been taken up by machines. Once we believed this would free us up for a life of leisure, but instead, we replaced physical labor with mental labor and kept working the same long hours.

This is what AI will take over from us. With machines doing the physical and AI doing the mental labor, humanity may finally be approaching the time when our time will be entirely our own.

AI is going to become integral to our daily lives, as demonstrated by the LG “co-speaker”, Clio, an LG AI-empowered robot. In order for AI to pay off on its promise, however, AI is going to have to achieve true intelligence, according to Park.

The World of Small Data

Dr. Andrew Ng, founder, and CEO of Landing AI spoke for several minutes about the changing approach to Data. AIs can't learn without datasets, but as was pointed out in by Ng, a washing machine doesn't need a billion loads of laundry to learn how you prefer your clothes be laundered.

In order to effectively utilize available data, there needs to be a new way to bring machine learning to what Ng called edge applications, those points of interaction where humans and AIs meet. Instead of sending data off-site to be processed, as is done with Big Data, Ng anticipates that everything in our home will become its own intelligent agent.

These devices may communicate with each other, but each learns on its own and contain their own AI architecture built into the device.

This, Ng says, will usher in the era of Small Data, the development of systems that process data locally, not in the cloud, and which continue to learn over the entire lifetime of the system, creating a thoroughly personalized interaction with our devices.

Washing machines, refrigerators, and AI assistants in the home will not only take your commands and carry out related actions. Park said that LG was developing appliances for the home that will learn to anticipate your needs from the very first few interactions.

Your washing machine will know how best to wash your clothes while your fridge will know if you have the ingredients inside it to cook the recipe that the digital assistant is suggesting for dinner.

Mobility is the Major Trend of CES 2019

Autonomous vehicles made an appearance in the speech, as they must whenever AI is discussed. LG’s contribution to the autonomous vehicle is what happens on the inside, the In-Car Experience, as Park called it.

Park anticipates that the way we experience mobility once fully autonomous vehicles become mainstream will radically change, allowing vehicles to become workspaces for collaboration, a storefront for shops along the route you are traveling down, and especially a theater for entertainment. 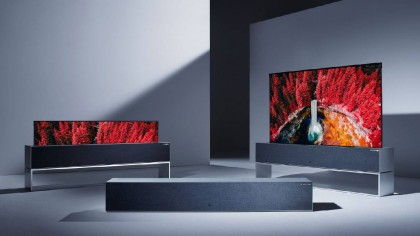 Park highlighted that in 2018 LG introduced an open-source version of its webOS, the AI framework that runs most of LG's devices and appliances. This, Park hopes, will allow more collaboration between developers and manufacturers and less siloing off of interesting technology behind proprietary restrictions.

Ultimately, LG's Keynote Address underlined many of the key themes we’ve already seen over the past two days of news conferences and events. 2019 will be all about connectivity, mobility, and practical artificial intelligence and you can expect products large and small to move in that direction as they are showcased on the convention floor over the 4 days of CES 2019.