Outside of the California Institute of Technology plants and flowers are stretching out their leaves and sending their roots down deeper into the ground. They are using energy to store sugars and to them, photosynthesis comes easy. Meanwhile inside the Caltech Jorgensen laboratory, 80 plus researchers are putting in a great deal of effort into an artificial leaf and doing what the leaves of plants are doing so easily. They are doing this using nickel, iron, silicon and many other materials that you would typically associate with use in mobile phones than you would with plant cells. 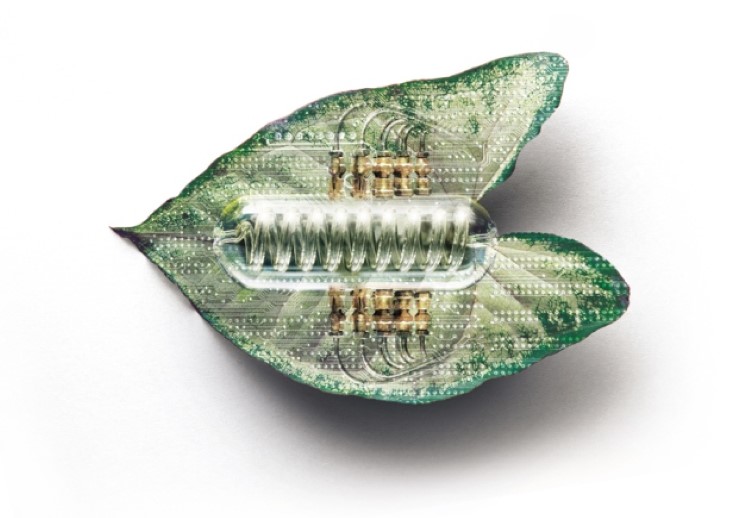 The labs are home to the Joint Centre for Artificial Photosynthesis. This is a research programme with involvement of more than 190 people, which has funding to the tune of US$116 million over a period of five years from the US Department of Energy. The goal of the centre and researchers is to make use of sunlight and make hydrogen along with other fuels much more efficiently that leaves in nature make biomass.

The researchers are undertaking this goal with a sense of urgency. Around 13% of emissions around the globe of greenhouse-gas come by way of transportation. One of the key goals therefore is to phase out polluting fuels. One way of doing this would be to replace light trucks and cars with vehicles that run on electricity which comes from wind or solar cells. However this would not be enough to deal with the whole problem. The JCAPs scientific director and inorganic chemist at Caltech University, Nathan Lewis, said that around 40% of the world’s transportation could not be made to run on electricity. Mostly down to the fact that some vehicles such as airplanes could not be plug-in as they would not be able to hold the amount of batteries that are needed.

Due to this funding agencies from around the globe are using many resources to try to make fuel from the power of the sun. This type of power isn’t going to run out and it is carbon free, which are bonuses. JCAP have committed themselves to delivering a prototype that works of an artificial leaf before the grant expires in 2015.

Michael Wasielewski, a chemist at Northwestern University in Evanston, Illinois said, “If you could sustain this type of effort for the next ten years, it's conceivable you could have a practical solution.”

Artificial photosynthesis is not something that is new, in fact it goes back to 1912, however, researchers didn’t start pushing things until the beginning of 1972. It was researchers in Japan that outlined what would be needed in order for a device to be able to take in sunlight and then use that sunlight so as to be able to split water into oxygen along with hydrogen fuel.

It was in 1998 when a complete system showed a major breakthrough and advances. This was when it was able to store 12% of the solar energy that came in, as fuel. This was in comparison to the 1% of energy stored in real leaves as biomass. The downside was the costs which were far too much for it to be competitive. Along with this is was said that performance dropped after sunshine of 20 hours.

Lewis pointed out that for an artificial leaf to be a success three things were needed. “You want it to be efficient, cheap and robust. I can give you any two today, but not the third at the same time.”

The goal of JCAP was to overcome this issue and along with this, create a system that was a lot cheaper than splitting water with electricity using solar panels. Their answer was two electrodes which they immersed in a solution of aqueous. Each of these electrodes has semiconductor material that was chosen to capture light from a part of the solar spectrum along with being coated with catalyst so as to help the generation of oxygen or hydrogen at speeds that were useful. Just as with any of the device of artificial photosynthesis, the system that JCAP came up with has been divided by a membrane to make sure that the gases that result are kept apart and are do not become a risk of causing an explosive reaction.

Lewis explained that making any of the components of the artificial leaf work has been a big challenge. He said “This is exactly like building a plane. You've got to not just have an engine, you have to have a design with wings and the fuselage and the engine and the avionics — and the plane, in the end, has to fly.”

Being able to find the correct materials was one of the most difficult things they had to do. The High Throughput Experimentation lab of JCAP has been given the task of issues with materials. They have modified inkjet printers to send out alloys onto glass plates, which they then test as photo absorbers and catalysts. The modified printers are able to produce as many as one million spots per day.

Lewis said that “The biggest energy source we have by far is the Sun. The best way to store energy other than in the nucleus of an atom is in chemical fuels. It's inevitable someone is going to take the biggest source and store it in the most dense way.”

The Colossal Star Betelgeuse May Be Pumping Out Dark Matter