Artist Recreates the Parthenon out of 100,000 Banned Books at Historic Nazi Book-Burning Site

Artist Marta Minujín has rebuilt her work “Pantheon of Books” for Documenta 14. The monumental sculpture is made of thousands of banned books in the shape of the Greek Parthenon. 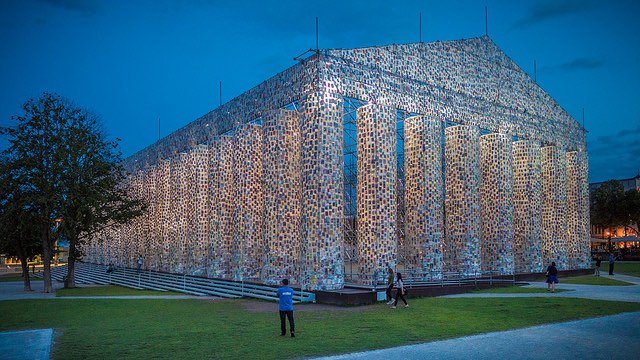 A metal frame forms the outline of the building which is then filled with thousands of copies of the either once or currently prohibited books. The books were donated by the public from a list of 170 titles. The imposing construction stands on the site where Nazi sympathizers burned an estimated 2,000 prohibited books on 19 May 1933. 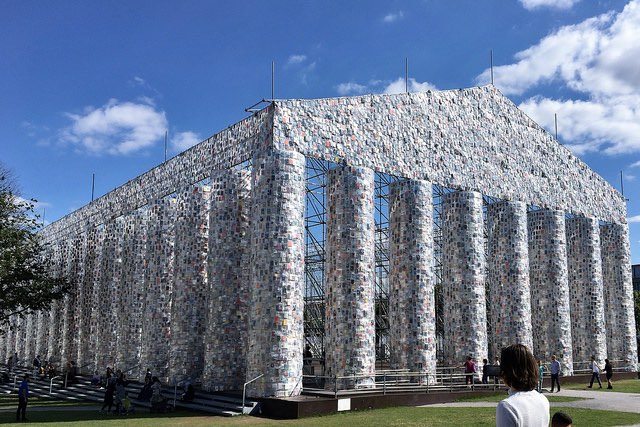 The piece is part of Documenta 14, in Kassel, Germany. The festival occurs once every five years and is on show for four months exhibiting work by artists from all around the world. This year, curator Adam Szymczyk chose the theme “Learning from Athens”. For the first time, the festival has events and exhibitions in another country.

Minujín first made the sculpture Parthenon of Books in 1983 in Buenos Aires, Argentina. The books at that time were a survey of banned literature during the Argentinian military dictatorship from 1976 to 1983. 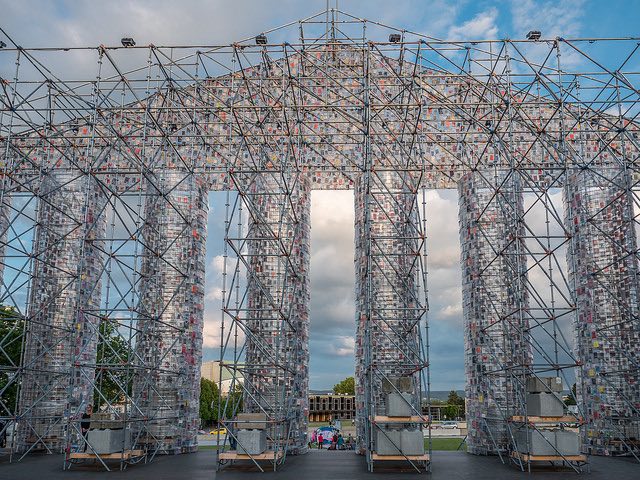 For this year's recreation, the artist worked with researchers from the University of Kassel to find books that had been banned by government regimes around the world. The resulting list contains more than 120,000 books. From this, Minujín created a shortlist of about 170 books. The forbidden book list has books dating back to the 1500’s and contains some surprising titles.

In China, which still has an exhaustive list of banned materials, the distribution of Alice’s Adventures in Wonderland by Lewis Carroll was forbidden during the 1930’s. In Argentina, during the 1970’s, it was impossible to get your hands on a copy of El Principito (Le Petit Prince) by Antoine de Saint-Exupéry. Even polite old Canada makes it to the list, in the 1940s, they restricted Norman Mailer’s The Naked and the Dead, while the Soviet Union banned George Orwell’s novel dystopic 1984. 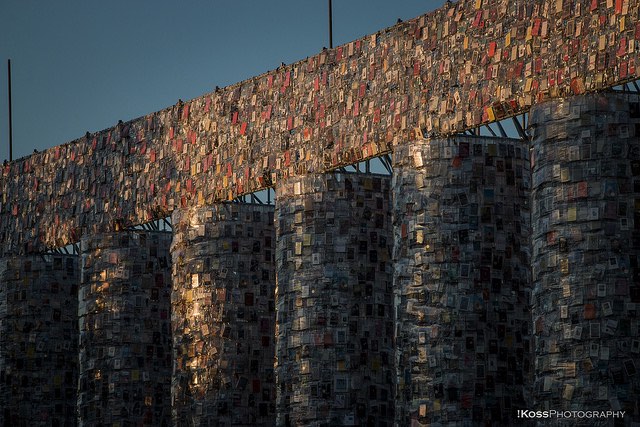 You can see the full list of banned books here. Only books that are currently legal in Germany were able to be used in the sculpture, meaning one of the world's most famously books, Hitler's Mein Kampf, was missing from the display. 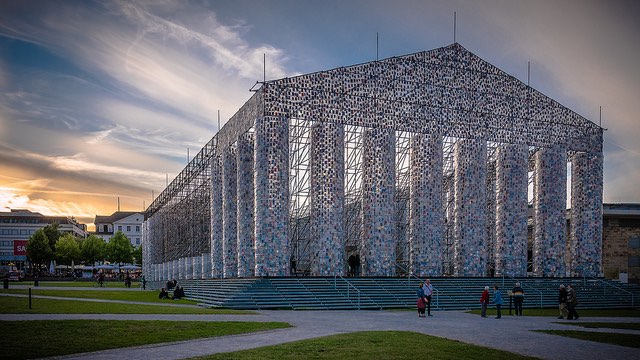 Marta Minujín was born in Argentina in 1943. She began her art training at the National University Art Institute, she first exhibited her work in a 1959 show at the Teatro Agón. As a young artist, a scholarship from the National Arts Foundation allowed her to travel to Paris, where she became inspired to create what she describes as ‘livable sculptures'. These involved building sculptures that she then invited fellow artists to destroy. This led to the development of ‘happening’, where Minujín would create chaotic and bizarre worlds inside art galleries. Viewers were required to perform certain actions in order to move through the gallery.

Operation Paperclip: The Secret US Operation to Use Nazi Scientist And Engineers to Win Cold War