Astronaut Abby Dreams of Becoming First To Land On Mars 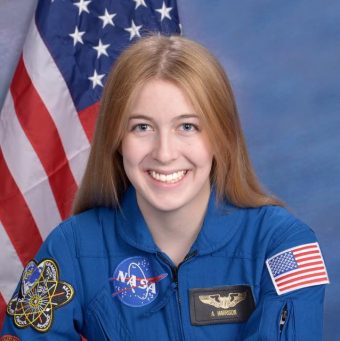 When you were a kid, you probably had a big dream about what you wanted to become. Maybe you became that thing or maybe your dream became a little less vibrant over your lifetime. There are some kids, however, who continue to breathe life into their childhood dreams until they become a reality. Abigail Harrison, better known as Astronaut Abby, is one of those kids. She said her father gave her a giant book titled, Universe, when she was very young and that it was responsible for initially sparking her imagination about outer space. Her dream is to not only become a NASA astronaut, but she wants to become the first astronaut to land on Mars.

In her very short life, she has already accomplished a great deal. She's given a TED Talk, created her own nonprofit, The Mars Generation, was a speaker at The Humans To Mars Summit 2016, has Italian astronaut Luca Parmitano as her mentor, regularly gives speaking engagements and is currently an astrobiology student at Wellesley. She is a living example of sheer determination and passion. 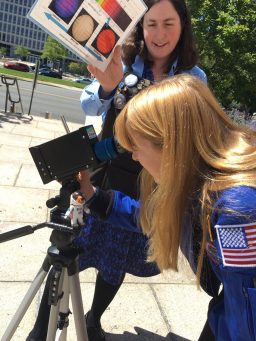 Her mentorship with astronaut Luca Parmitano came about when she visited NASA’s Kennedy Space Center to witness the final launch of the shuttle Endeavor. After their meeting, she became Luca's "Earth Liaison" during his mission to the International Space Station, aboard a Russian Soyuz spacecraft. She regularly gave updates about Luca's space mission to the public on social media. In an interview, Luca disclosed why he chose Abby to be his liaison: “I like passionate people. Any kind of passion. Any kind of interest in anything that keeps you inspired… I saw a lot of myself in Abby.”

Abigail's digital social presence is like a well-oiled machine. She has over 100k followers on Twitter, her website is extremely fleshed out and she's pretty much on every social media platform. You can't help but become inspired once you listen to her speak. Here's her TED Talk:

Here's what Abigail had to say when an interviewer from the Women You Should Know website asked her about the lack of women in science:

"I have been fortunate in that I have had many positive female role models in science, but I do notice a discrepancy between men and women in my day-to-day involvement in the sciences. Everything from the lack of girls in my high school engineering class to the numerical difference of women astronauts, these differences are noticeable. My personal take on how this gap can be bridged is to stop distinguishing by gender in the science fields. To stop identifying someone first as a man or a woman, and focus more on what they do and who they are. Instead of labeling someone as a female scientist or a female astronaut, simply call her a scientist or an astronaut. I think that by changing the way we perceive women in the sciences, which is currently seen as something monumental, and start seeing it as commonplace we can make a big impact." -Women You Should Know 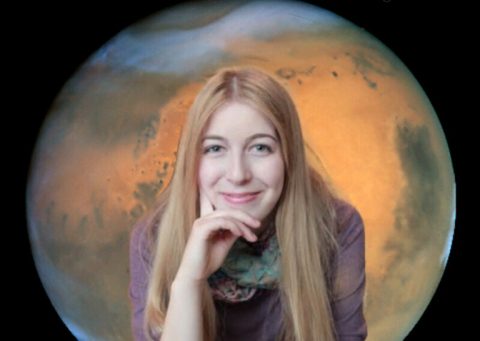 Article written by Leah Stephens. She is a writer, artist, and experimenter. She recently self-published her first book, Un-Crap Your Life. You can follow her on Twitter or Medium