Astronaut Scott Kelly Aged Slower Than His Twin While in Space

When Astronaut Scott Kelly was in space, he actually aged less than his twin brother did here on Earth. His older twin brother (by 6 seconds) stayed on earth, and he actually became a little more older than brother Scott due to relativity. As Einstein would suggest, time moves slower for objects in motion as compared to those at rest. As Scott orbited around Earth, his brother Mark was experiencing time at a slightly faster pace. So, if you can wrap your mind around it, not everyone experiences time at the same rate.

Scott Kelly was orbiting Earth in the ISS at around 17,500 mph, and his brother sat (relatively) still on Earth, according to Science Alert. This accounted for older twin mark to live for 5 extra milliseconds when compared to Scott. When the two were born in 1964, they were born 6 seconds apart. Now, the two are 6 seconds and 5 milliseconds apart. 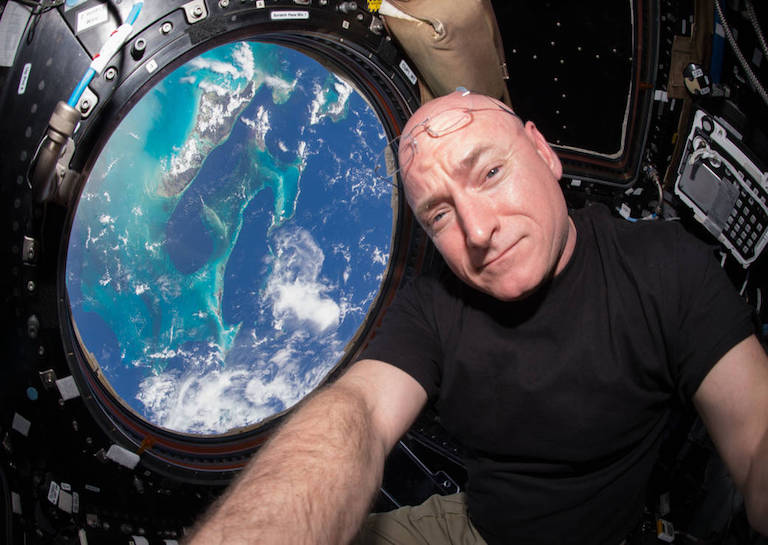 NASA has been studying the twins simply due to the fact that one is an astronaut, which presents interesting opportunities for research. Given that the two are fairly similar, NASA is primarily looking at any way Space could possibly affect stature or physiology.

"If 10 years from now, I look like I'm 60 and he looks like he's 80, you'll know what happened," said Mark when Scott returned from the ISS.