Astronaut Scott Kelly, posted two tweets claiming that the orange zinnia has been successfully grown on the International Space Station. The tweets read: “Yes, there are other life forms in space!” and “First ever flower grown in space makes its debut!” This, of course, is big news in the scientific community and marks a first step in growing other end products like fruits and vegetables. 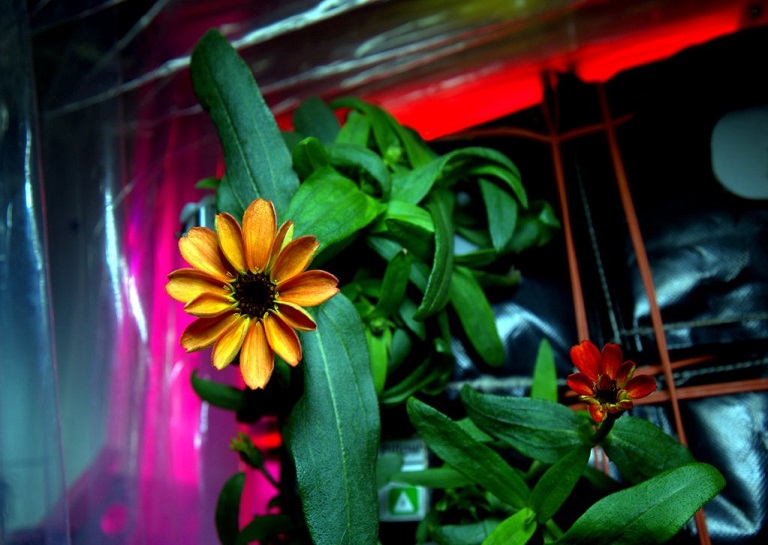 "The farther and longer humans go away from Earth, the greater the need to be able to grow plants for food, atmosphere recycling and psychological benefits," according to Gioia Massa, NASA Kennedy Space Center who was a payload scientist for Veggie in May, 2014.

"I think that plant systems will become important components of any long-duration exploration scenario."

This is actually not the first time a plant is been successfully grown on the International Space Station. In fact, lettuce has been grown and even eaten before in the Station, while the orange zinnia is not even edible. The reason why this achievement is significant is because the orange zinnia is much more difficult to grow compared to the lettuce. Variables such as sun light become much more sensitive in this case.

"Growing a flowering crop is more challenging than growing a vegetative crop such as lettuce,"  said Massa.

"Lighting and other environmental parameters are more critical."

“Growing zinnia plants will help advance our knowledge of how plants flower in the Veggie growth system, and will enable fruiting plants like tomatoes to be grown and eaten in space using Veggie as the in-orbit garden,” according to Trent Smith, a program manager at NASA’s Kennedy Space Center in Florida, in a statement last year.