Old theories about dark matter are being canceled due to gravitational lensing and new images emerging from the NASA Hubble Space Telescope.

An image of the most distant normal star ever observed in the history of humankind has been reported. The star in question, according to estimates by the astronomers who documented the star with the help of NASA’s Hubble Space Telescope, is located as far as 9 billion light-years from our planet, a distance so staggering it seems comprehensible and incomprehensible at the same time. 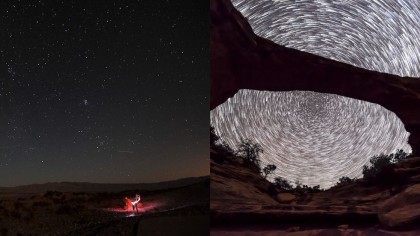 A cosmic alignment made this incredibly rare and thrilling event occur. A phenomenon known as gravitational lensing—which is the process by which light is bent, or deflected, due to the matter existing between an observer and a distant light source. This was not enough in this case to produce a result, however. Because of interaction with a very large nearby cluster, the star, not visible in 2011, was magnified to a size of more than 2,000 times, which in the end made it detectable. This, no doubt, brings an entirely new meaning to the idea of the stars aligning.

Details about the landmark event appear in a paper, titled “Extreme magnification of a star at redshift 1.5 by a galaxy cluster lens”, which was published online yesterday in Nature Astronomy. The star is named MACS J1149 Lensed Star 1 (LS1), or its more informal name of Icarus.

The sighting of Icarus exceeds the normal capabilities of gravitational lensing in two fundamental ways:

• A distance of 100 million light years is typically the farthest observable distance.

• Magnification occurs at a rate that hovers around but usually doesn’t exceed 50 times.

NASA initially employed gravitational lensing to plot the locations of dark matter existing in various galaxy cluster, and thus answer more questions about the elusive pockets of matter that exist throughout the Universe, with the ultimate goal being to “better trace the history of star formation in the universe, over the past 13 billion years”.

Below is a video from NASA that simulates the cool warping effect created by a gravitational lens, a kind of beautiful, reflective and natural version of a lava lamp (some astronomer decades ago, for all we know, could have been inspired by the phenomenon and decided to translate it into the lamp concept):

“There are alignments like this all over the place as background stars or stars in lensing galaxies move around, offering the possibility of studying very distant stars dating from the early universe, just as we have been using gravitational lensing to study distant galaxies. For this type of research, nature has provided us with a larger telescope than we can possibly build!”

The goal of these missions is to deepen our level of understanding of the cosmos, both adding to the never-ending supply of information that is being generated and allowing scientists to challenge and adapt old assumptions about the origins of life in the Universe. In this instance alone, the idea that dark matter is composed of various primordial black holes, it seems has been firmly put to rest.

Simulation of a gravitational lens moving against a background field of galaxy. The gravity of the mass of the foreground object warps space. This bends the light of background galaxies making them appear distorted and brighter.